The Audio/Visuals Collection at the Robert W. Woodruff Library's Music and Media Library is a pool of audio visuals equipment, readily available for the Emory community.

How does this device work?

First, check the manual or quick guide of the item you checked out.  If the manual isn't helpful, you should see Classroom Technologies in the 217 suite of the Woodruff Main Library.  They are across from the library service desk and can help you troubleshoot the equipment.

I can't figure out how to get the files off of this device. Who can help me?

Classroom Technologies can help you pull files out of the device.

The Marian K. Heilbrun Music and Media Library is located on Level 4 of the Woodruff Library Building (accessible from the front Lobby Elevators). This branch of the Woodruff Library houses the primary circulating equipment collection for Emory and also provides video, audio, print, and e-resources to assist with music and media research at Emory.

Click here for our main page including hours of operation.

Classroom Technology Support (Class Tech) provides specialized in-room support, consultation and training services to assist the Emory community with the technical and logistical aspects of technology use in classrooms, meeting rooms and collaborative settings across campus.

This equipment has a range of circulation periods.  Please see our Terms of Use for a complete list of borrowing privileges, circulation times.

These items cannot be renewed.

A USB Type-C Flash Drive is a small, portable, flash memory card that plugs into a computer's USB / Type-C port and functions as a portable hard drive. It can either be used as a back-up for your files or can transfer data between computers or anything with a USB / Type-C port.

The library's flash drives are 32 GB drives suitable for transferring large files that might be too large to easily upload online or attach to an email. 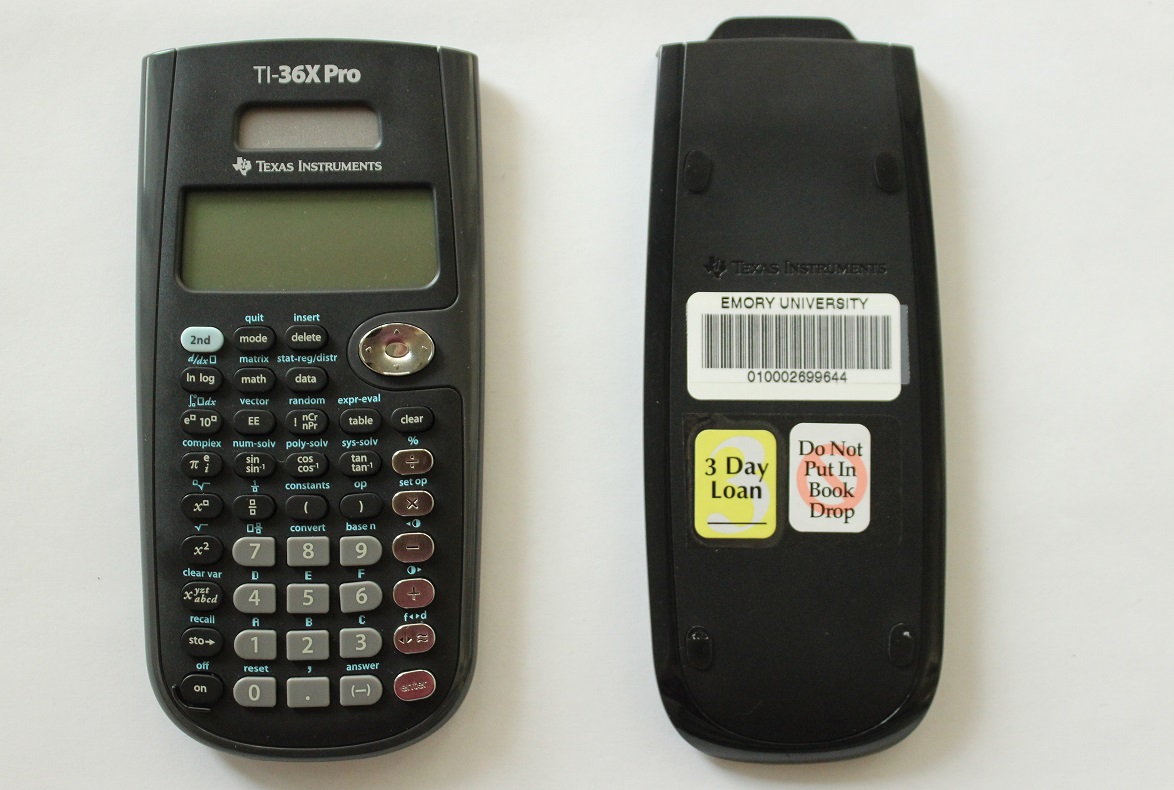 As a courtesy for exams that do not allow graphing calculators, the library also has a small collection of TI-36x Pro solar scientific calculators that can be checked out for up to three days at a time.

Each calculator comes with its protective cover.

As a courtesy, the library also offers graphing calculators for use in the library only.  Please see the Library Use Only Accessories tab for more information. 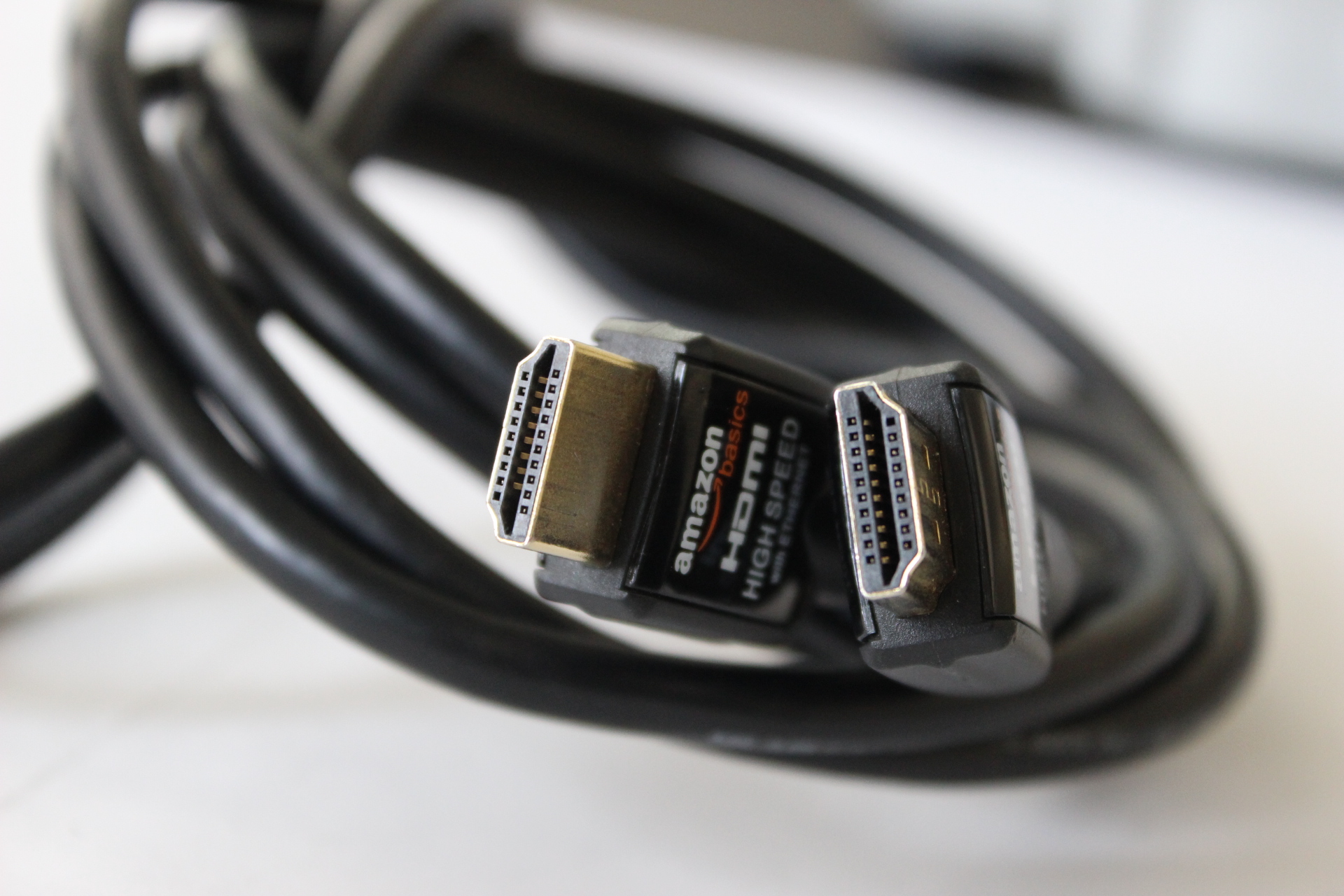 HDMI cables are the current standard for HD audio and video signals. Use this cable to send audio and video from some computers, Blu-ray players and HD game consoles to HD monitors, projectors and televisions. 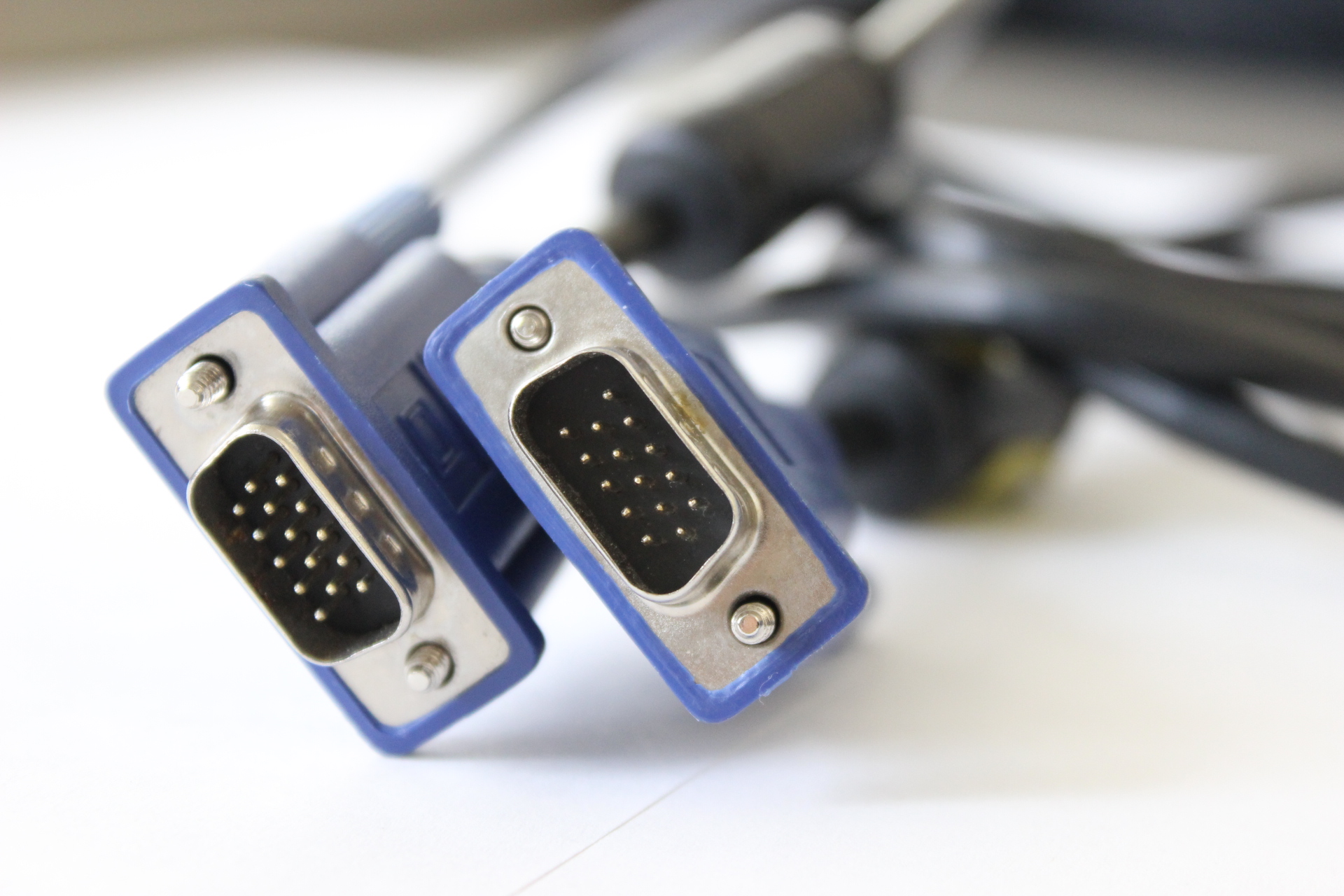 VGA cables are analog cables that typically carry video (only) from most PCs to monitors, projectors and televisions.  However, the VGA cables that the library circulates have a 3.5mm (1/8 inch) audio cable attached so that you can transmit both audio and visual signals. 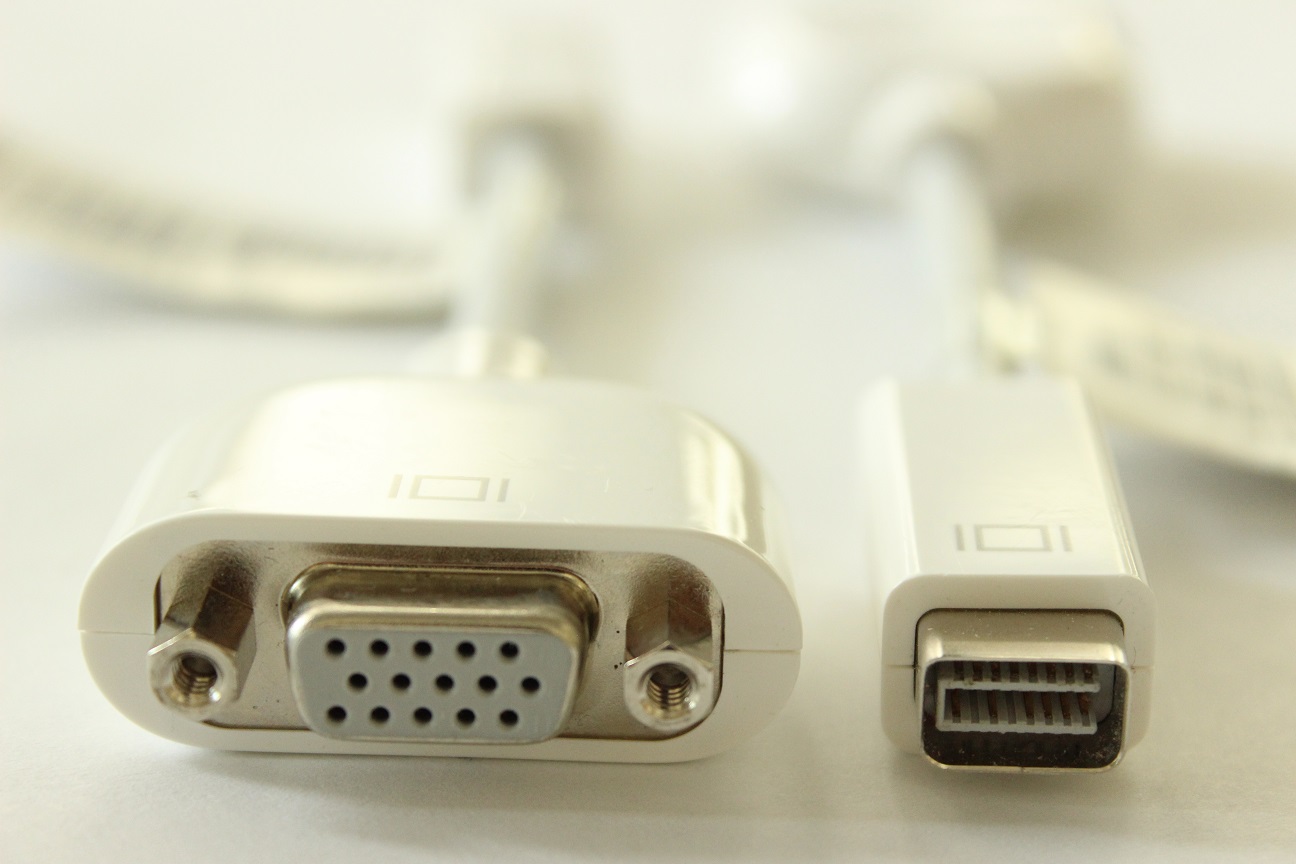 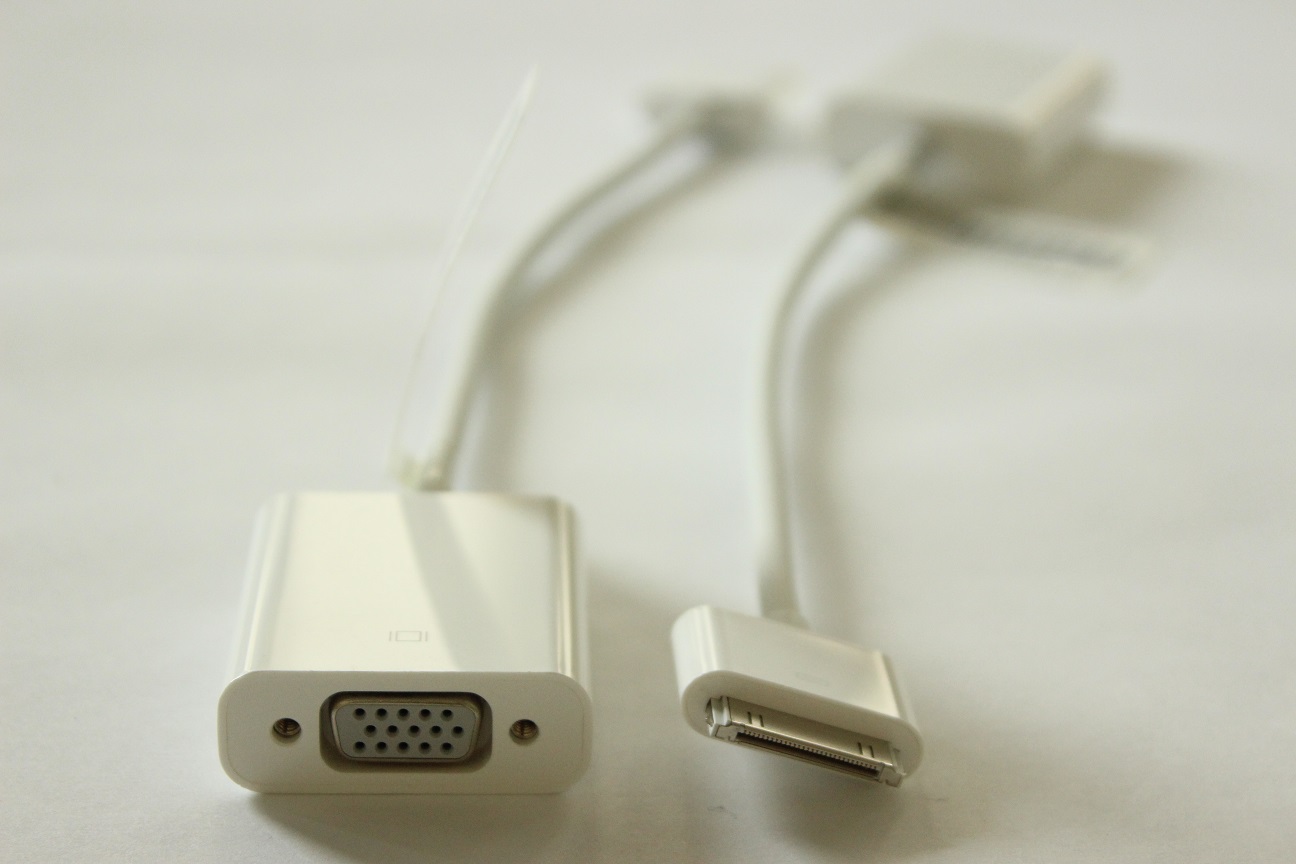 30 pin connections carry audio and video from an iPad or iPhone to monitors, projectors and televisions. This adapter allows you to convert a 30 pin signal into VGA. 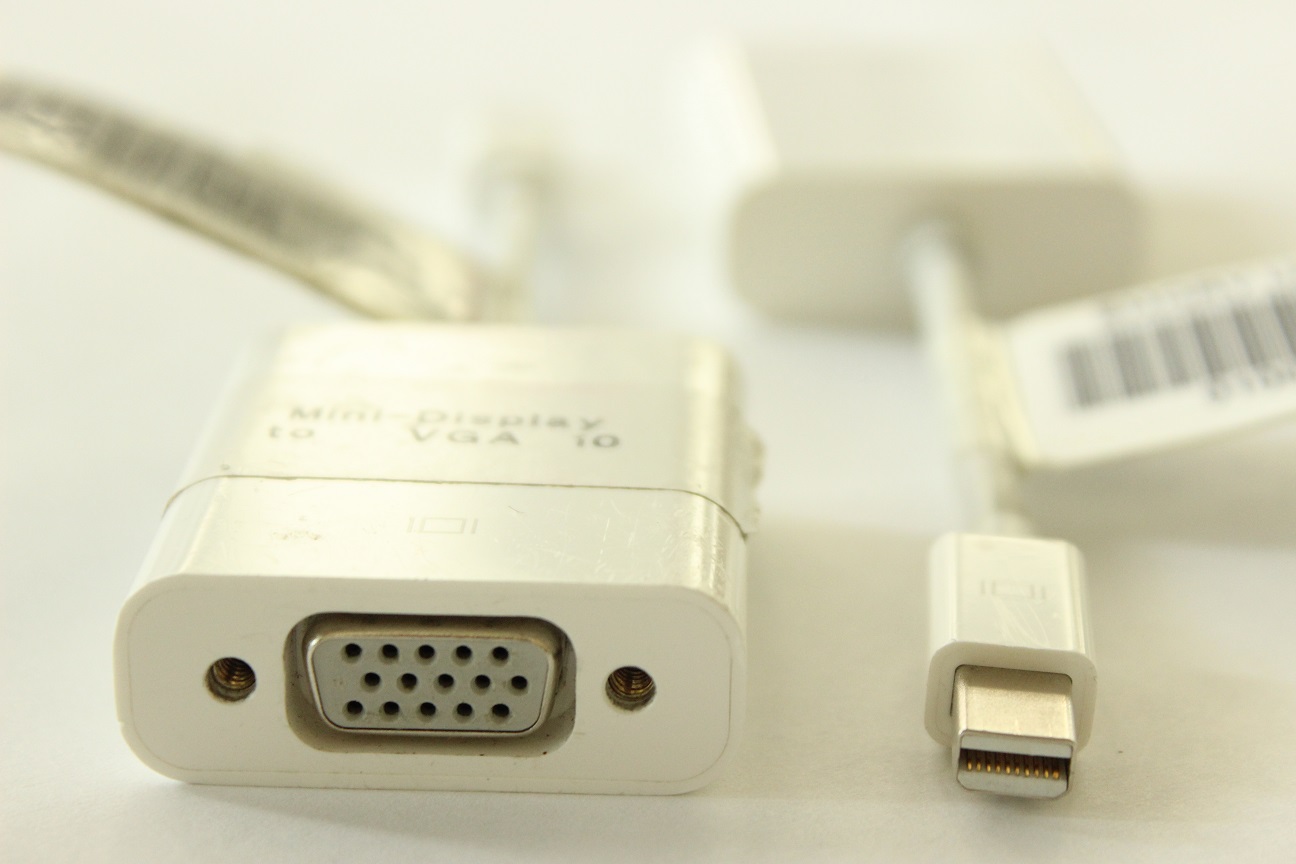 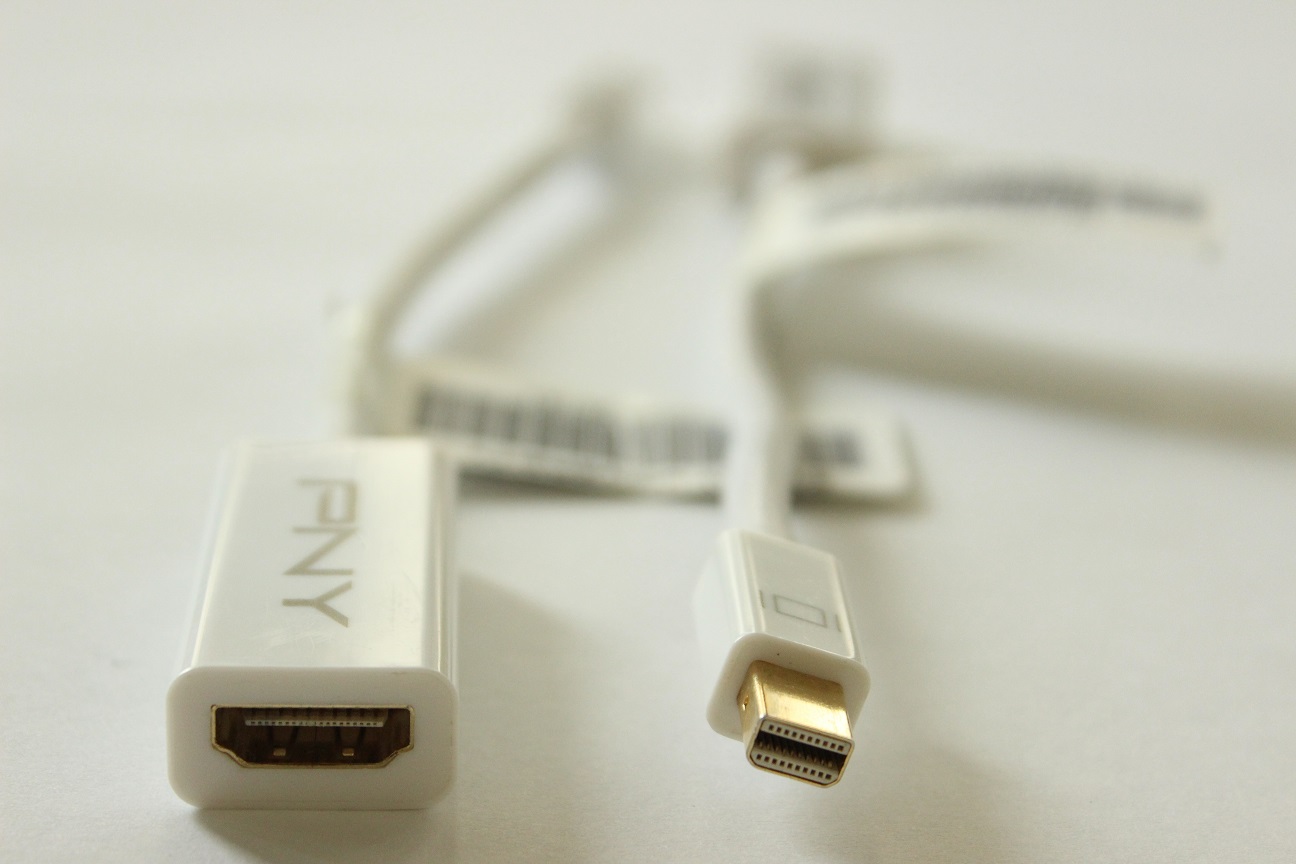 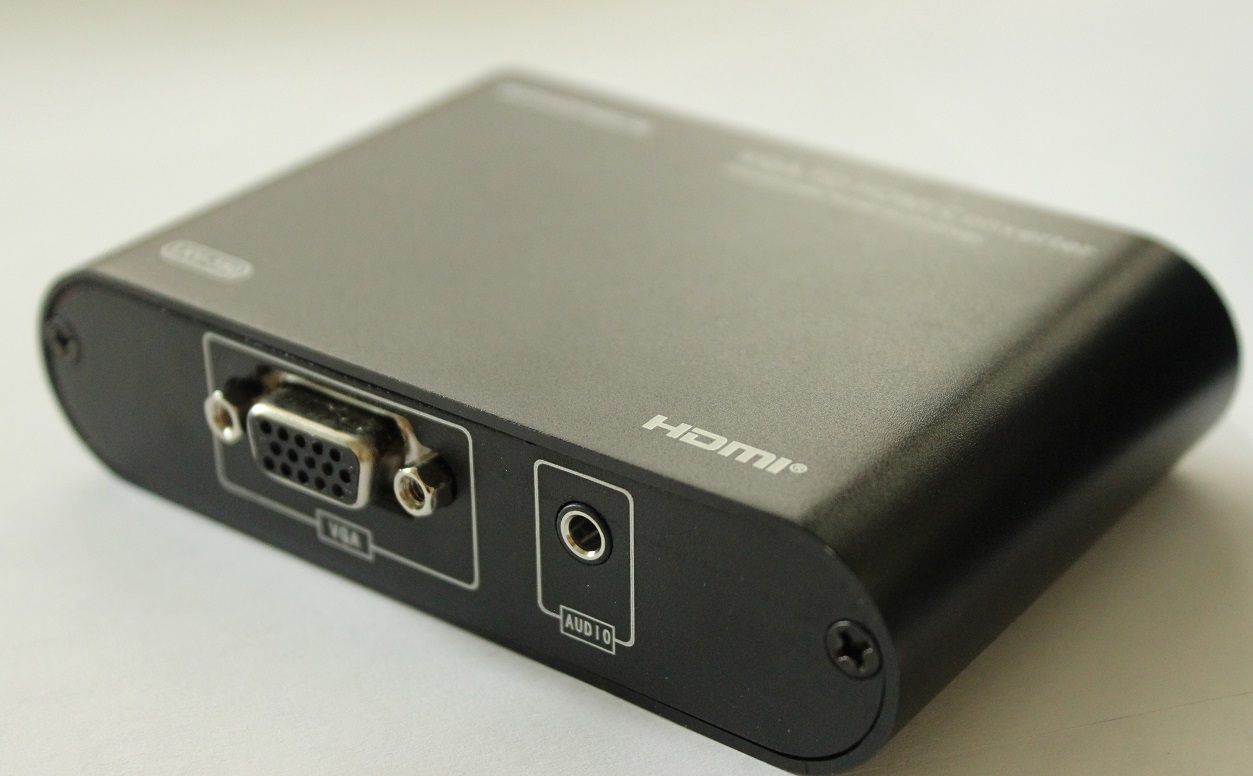 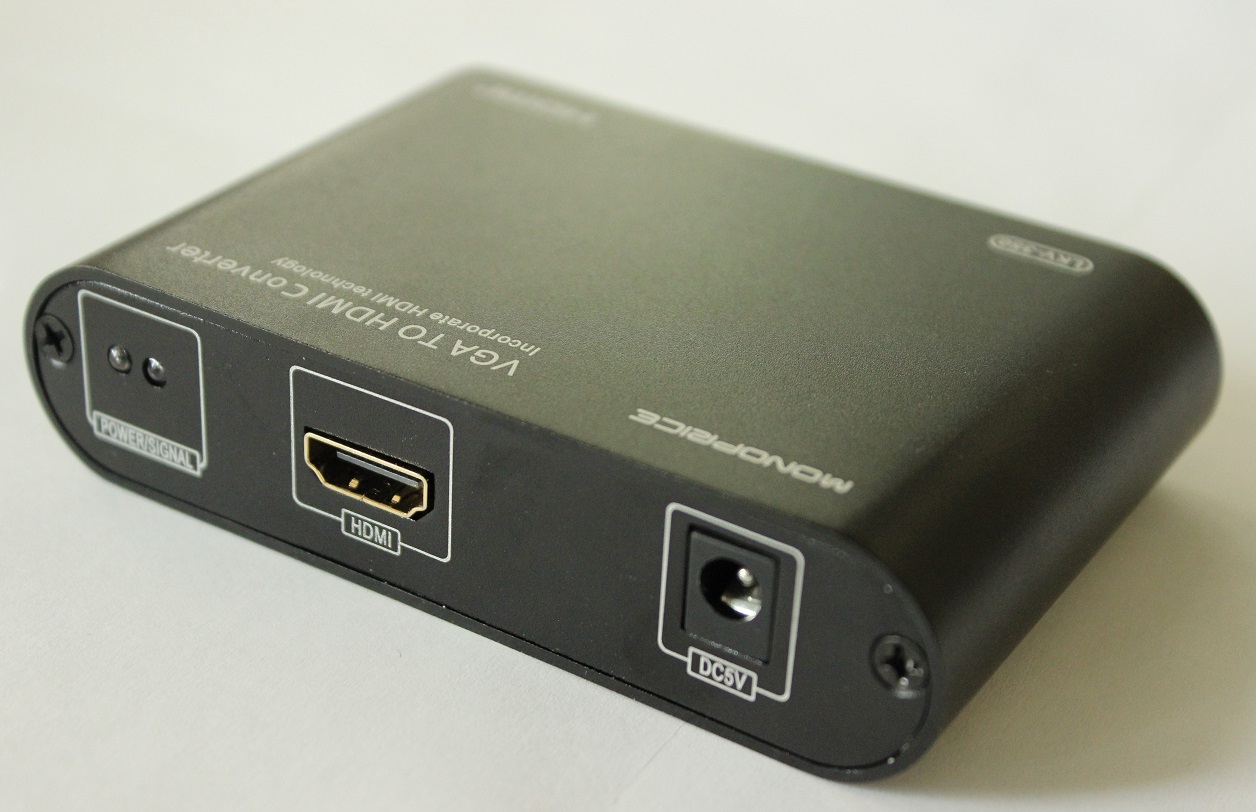 This converter box changes an analog VGA signal to a digital HDMI signal. Note, the box has it's own power supply and needs to be plugged into your standard power outlet.  Also, it cannot convert HDMI to VGA, only VGA to HDMI. 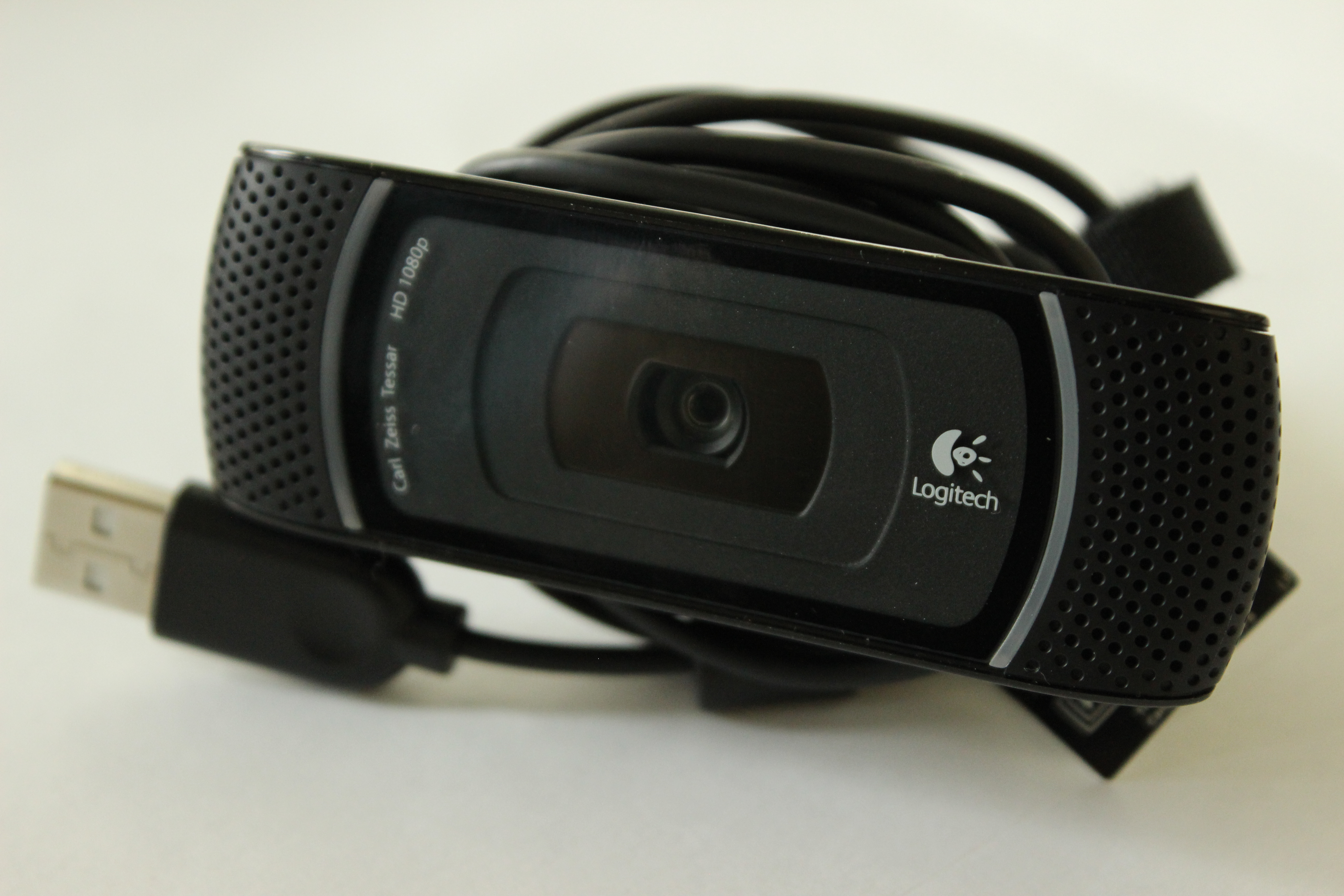 Logitech C920 webcams capture 1080p video and have a great two channel mic input. They connect to personal computers via USB. They're easy to set up and use, and provide high quality picture and sound for video conferencing platforms such as Skype, Google Hangout and Vidyo. 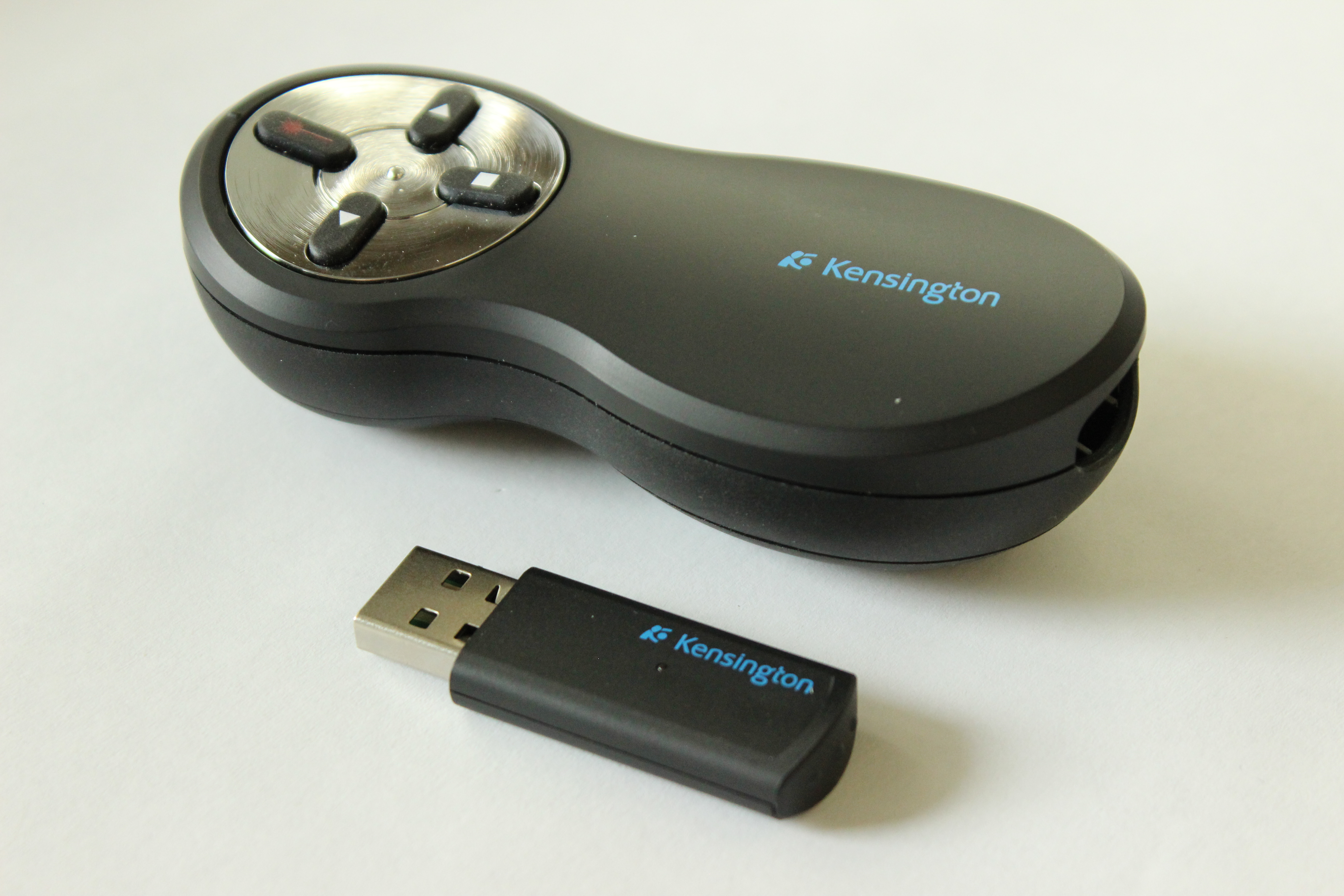 Wireless presenters are also referred to sometimes as wireless advancers or clickers. They connect to a personal computer via USB and are great for advancing Power Point slides, some models also have a built in laser pointer. Perfect for lectures and other group presentations. 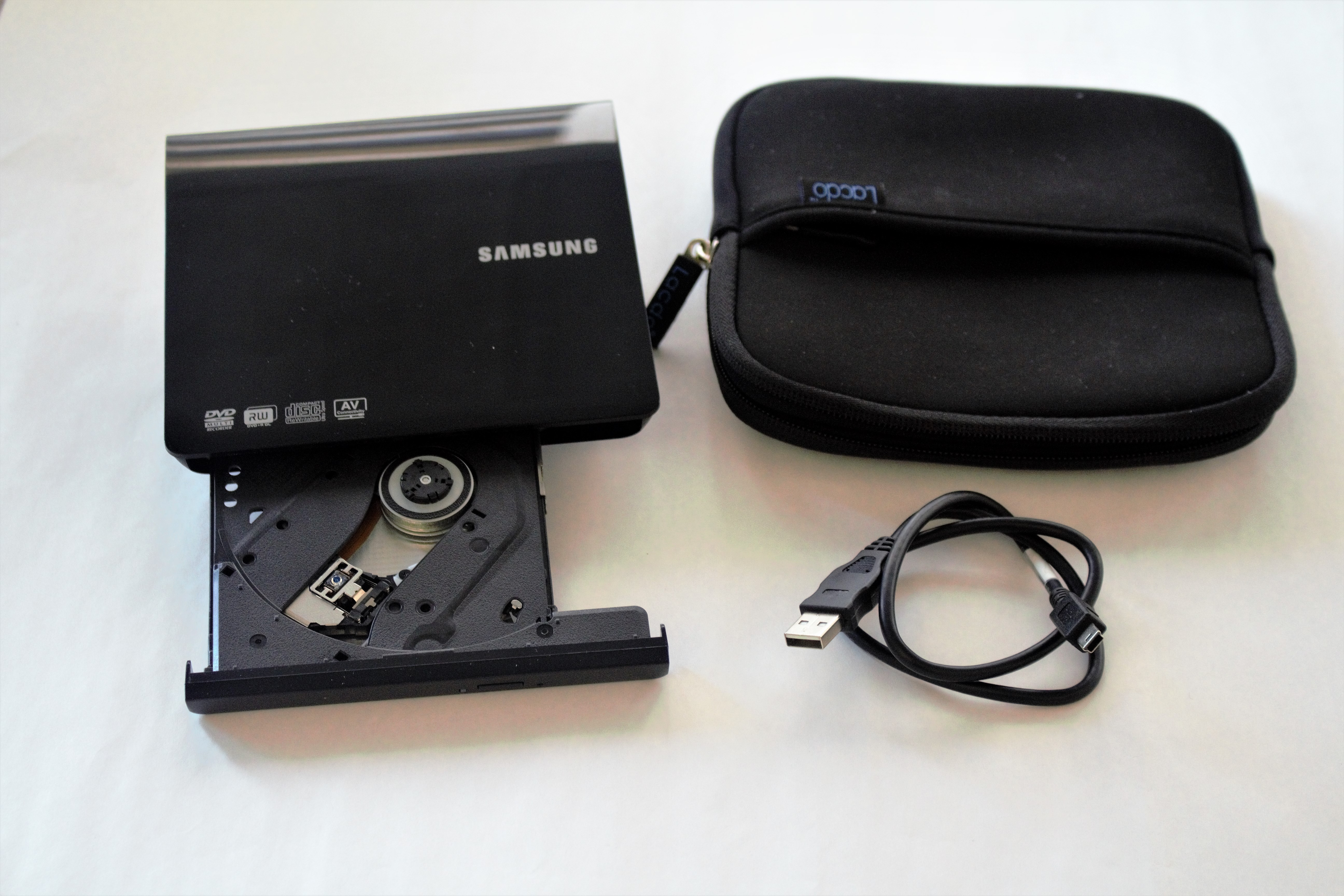 The library currently offers CD and DVD compatible external disc drives with read and write (or record) capabilities. These drives are both Macintosh and Windows compatible.

Each bundle comes with a Samsung Optical Disc Drive, USB cable, and case. 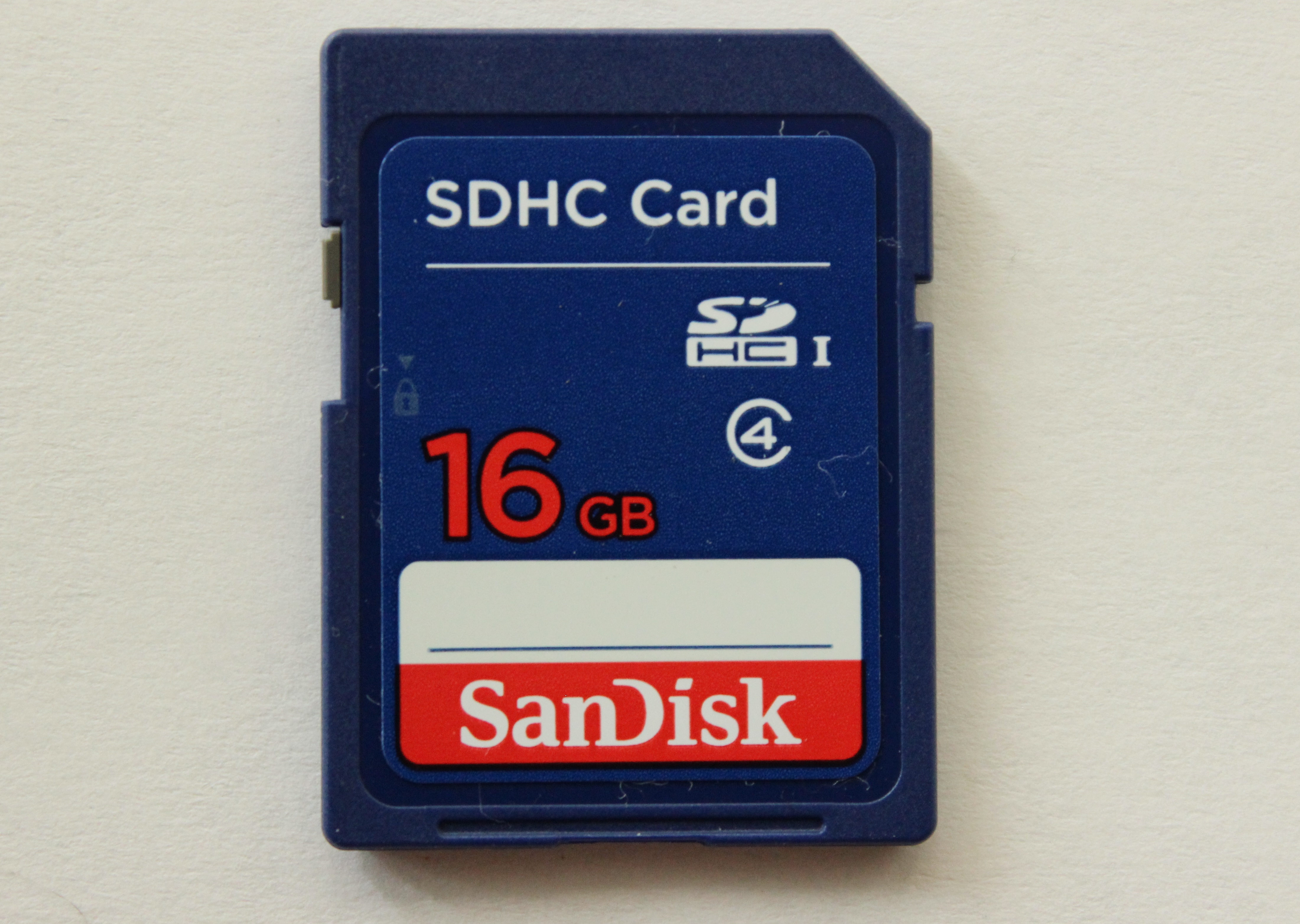 Flash Cards are an internal storage 'disk' that can either be used as a data back-up for your files or can accompany the Sony HD Flash video cameras, the Canon Rebel DSLR cameras and the Nikon Coolpix camera.

Please note: The individually circulating flash cards are a standard Class 4 card which is best suited for file storage.

The library's still cameras (Canon and Nikon) come with a faster Class 10 card that is optimized for quick storage of large image files.

The library's video cameras include built-in internal storage and do not automatically come with any flash card. 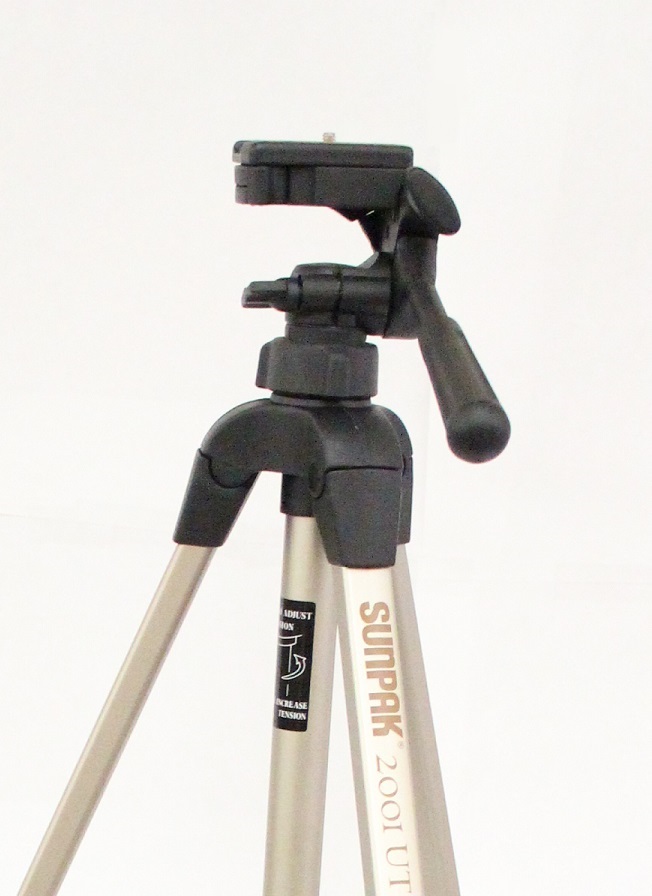 Each tripod bundle comes with a tripod, mounting plate, and carrying case.