​If you are seeking information on judges within the federal circuit, the following resources can get you started. Don't forget to also check each federal court's individual website, some of which will contain further information about a particular judge's case rulings.

Biographical Dictionary of the Federal Judiciary 1789-2000 (Available at Law Library Book Stacks, 3rd and 4th Floor KF8700 .A19 B48 2001).
Contains brief biographical sketches of all federal judges from 1789 to 2000. An appendix lists judges by appointing president from Washington to Nixon.

Judges of the United States, 2d ed. (Available online in HeinOnline).
Biographical information on all federal judges from 1789 to 1981. It contains indexes by appointing president and year of appointment. 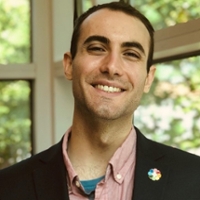