This page provides information on Native American nations who have had a presence--historical or modern--in Georgia and the Southeastern region of the United States. For the purposes of this guide, Southeastern U.S. includes Georgia, Alabama, Mississippi, Florida, Louisiana, Texas, Tennessee, Kentucky, Virginia, North Carolina, and South Carolina.

Map showing cessions and treaties resulting in the loss of lands for Native peoples. Interact with the map at Native Land Digital.

Indigenous peoples of the Americas have variously identified themselves as nations, tribes, bands, pueblos, communities, native villages, and more. The U.S. Federal Government uses "tribe" to refer to these various communities and peoples.

An American Indian or Alaska Native tribal entity that is recognized as having a government-to-government relationship with the United States, with the responsibilities, powers, limitations, and obligations attached to that designation, and is eligible for funding and services from the Bureau of Indian Affairs.

Furthermore, federally recognized tribes are recognized as possessing certain inherent rights of self-government (i.e., tribal sovereignty) and are entitled to receive certain federal benefits, services, and protections because of their special relationship with the United States. (US Department of the Interior - Indian Affairs FAQ)

A state-recognized tribe is not recognized federally and therefore does not have the same relation to the U.S. government as federally-recognized tribes. According to the National Conference of State Legislatures:

Below are several links to help you become more familiar with governmental designations: 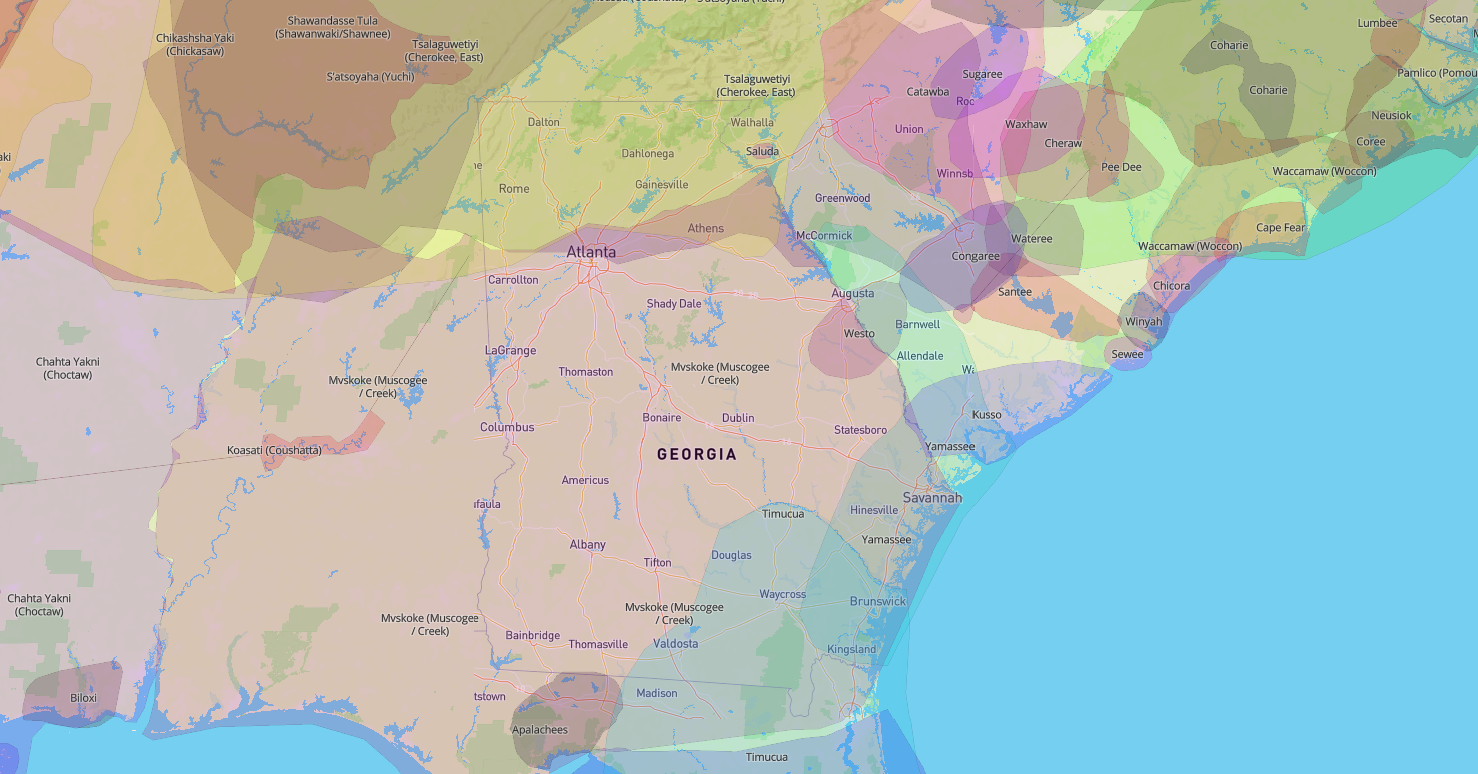 Image of historical lands of native peoples in what is now Georgia.  Interact with the map at Native Land Digital.

The following links present nations that have either previously resided in Georgia (prior to forced removal) or who presently maintain some presence in Georgia. This is not an exhaustive list.

Map of native peoples in what is now the southeastern region of the U.S. Click on the image to see a larger version. Interact with the map at Native Land Digital.

The following is NOT a complete list of all historical or contemporary nations located in the southeastern U.S. It includes only nations that have some form of a newsletter or newspaper as of this writing (December 2021).