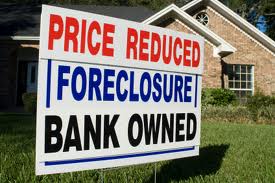 Georgia has one of the highest foreclosure rates in the country.

The Atlanta Journal-Constitution reports frequently on housing issues including sales,prices, rentals, and foreclosures.For information on the paper, both history and availability (digital, paper and microfilm), click here

The Atlanta Branch of the Federal Reserve has produced a list of statistical sources on foreclosure.

Other sources of information on Atlanta real estate are Zillow and RealtyTrac.

ajc.com is the electronic edition which has the current paper as well as historic archives.

The AJC includes schools, home values, and demographic data on several neighborhoods in the Atlanta area. These are often defined by cross streets or other geography rather than incorporation or zip codes so this tool can help with micro-level searches.

Atlanta Housing Authority is organized under Georgia law to develop, acquire, lease and operate affordable housing for low-income families. Today, AHA is the largest housing agency in Georgia and one of the largest in the nation, serving approximately 50,000 people.

Zillow.com is one of the country's leading sources of real estate information. Particularly good at the local level. See Zillow for Druid Hills

realtytrac.com is another source of housing information including statistics.