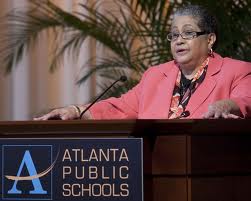 Dr. Beverly Hall, Superintendent of the Atlanta Public Schools (APS),  was named National Superintendent of the Year in February 2009 in recognition of the APS' raising test scores and graduation rates. Atlanta was called a "model" urban education system. At the same time the Atlanta Journal-Constitution began studying how Atlanta accomplished such a rapid rise in scores and began to focus on an unusual amount of erasures on standardized tests.

As the scandal grew, Dr. Hall retired in June 2011 and was indicted for her role in what became known as the "Atlanta Cheating scandal" on March 29, 2013. Hall was diagnosed with cancer and deemed too ill stand trial. Beverly Hall died on March 2, 2015 never admitting she was aware of the extensive cheating on standardized tests throughout the system.

APS Journey to Excellence 2008-2009 celebrates the successes of Atlanta Public Schools (APS) before the cheating scandal.

Text of 2009 Criterion Refererenced Competency Test (CRCT) Erasure Investigation Report , August 2, 2010 (Popularly called the "Blue Ribbon Commission Report")  The Commission was created by the Atlanta Board of Education in response to AJC reporting.

Text of the Governor's Special Report on APS Cheating Scandal, 2011 dated June 30, 2011 (text linked from Creative Loafing July 6, 2011) The report was produced by a special committee established by Georgia Governor Nathan Deal with assistance from the Georgia Bureau of Investigation (GBI).

Many of the APS educators indicted in the cheating scandal pled guilty. The trial of the remaining 12 educators began Sept.2014.  The jury reached a verdict of guilty for 11 defendants on April 1, 2015. Check news sources including the Atlanta Journal-Constitution for coverage.

The Long-Run Effects of Teacher Cheating on Student Outcomes. A Report for the Atlanta Public Schools prepared By Georgia States University, May 5,2015. 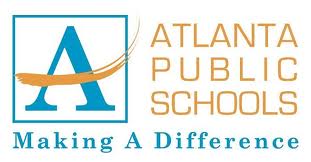 Southern Education Foundation:  SEF is a public charity whose mission is to advance equity and excellence in education in the American South. Research reports include

Students of Color in the South's Public Schools;

The Worst of Times: Children in Extreme Poverty in the South and Nation

Georgia Partnership for Excellence in Education (GPEE)  "Our Mission: Inform and influence Georgia leaders through research and non-partisan advocacy to impact education policies and practices for the improvement of student achievement."-- Website. Produces reports and links to research.

Friedman Foundation for Educational Choice: "Our success is well-recognized. We are known as “the nation’s original advocate of school choice,” according to Philanthropy Magazine, and we have been called “the nation’s leading voucher advocates” by the Wall Street Journal." -- Website

Atlanta Journal Constitution (AJC) has done intensive investigation/reporting of local school issues. Also links to profiles of schools, includes reduced lunches and test scores. In recent years, Monday's editorial page is devoted to school issues. School news is generaly found in the Metro section; major news is found in the main news section. Maureen Downey covers education for the AJC and has a blog, Get Schooled. TIP: to search the blog, go to "categories" in righthand column and click on topics "charter schools,"school system name or "CRCT Investigation."

ajc.com is the electronic edition which has the current paper as well as historic archives. SEE a review of the Atlanta Public Schools CRCT test cheating scandal. The website now marks some articles with an icon of a red lock, meaning "Premium Content" available only to paying subscribers.  For information on the paper, both history and availability (digital, paper and microfilm), click here.

Reporters from the AJC began investigating test scores in the Atlanta Public Schools in 2008 and first reported results on the front page of the newspaper for December 1, 2008. The AJC's website Cheating Our Children has a timeline of the scandal's development as well as links to investigations of suspicious test scores in other school districts.

More information on accessing the AJC

Check out Inside APS for other useful information.

Other local schools are DeKalb County, Decatur City, MariettaCity, Buford City, Gwinnett, Fulton, Cobb and Clayton counties. Southern Regional Education Board (SREB) is the accrediting agency for the school systems, including higher education. Useful state statistics are found on the SREB website. Southern Association of Colleges and Schools (SACS), working under AdvanceED is the accrediting agency for high schools  See the accreditation reports for Atlanta and other areas (esp. 2011)

DeKalb County schools have had continuing fiscal problems. The former Superintendent was indicted for corruption. DeKalb Schools were placed on accredited probation in Dec. 2012 because of continuing struggles "with consistent and effective governance." The State School board and Governor intervened to replace 6 of 9 school board members as well as a new interim superintendent. DeKalb regained full accreditation in 2014. The county's problems have led to a variety of citizen intiatives to created charter school districts or create new cities.  Information on DeKalb county school districts was compiled by the Emory Depatment of Community Affairs for Neighborhood Nexus and the Atlanta Regional Commission. Check the Atlanta Journal-Constitution for additional information.

Gwinnett County Schools received the Broad Award for Urban Education in 2010 and shared it in 2014.

Georgia Department of Education is an important source of information about school districts and individual schools, particularly results for No Child Left Behind (NCLB) and Addequate Yearly Progress (AYP) based on CRCT exams. Beginning in 2012 the College and Career Ready Performance Index (CCRPI) replaced the AYP in Georgia. Also information on Georgia's Race to the Top (Rt3). Click on" School Reports " to get information by district or school. See for example a school near Emory in DeKalb County: Oak Grove Elementary(AYP), OakGrove CCRPI , .

National Center for Education Statistics includes statistics by school district with a variety of mapping tools.

Atlanta Regional Council for Higher Education (ARCHE) produces information on numbers of college graduates and impact of higher education on the local economy.

A more general index that includes education is Google Scholar.

Find U.S., regional and other statistics at