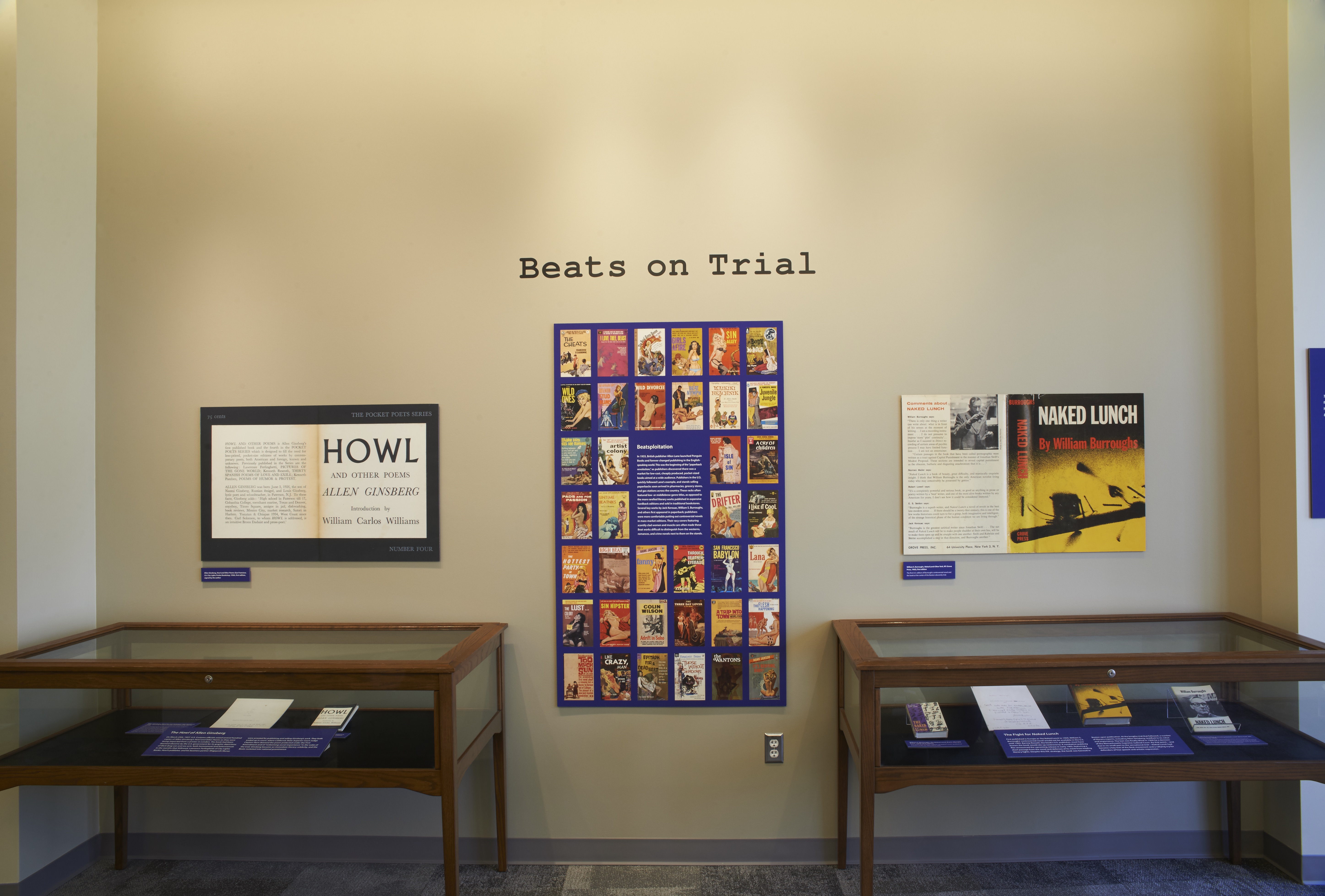 The 2018 multimedia exhibition at the Oxford College Library sheds light on the time period after World War II and proves how some topics can transcend time.

Although the pieces showcase a time from 45 to 80 years ago, upon first look, library visitors might think they are from today's society.  The exhibition pinpoints a renewed period of social, political, and artistic activism in the United States. The displays feature actual and recreated post-war literature in the form of newspaper articles, poetry, manuscripts, letters, and books; tales of authors and activists; video and audio representation; and even Jack Kerouac's signed paint box.

In this hands-on exhibit visitors listen to audio and watch video from the time period. A portion of the exhibit also allows patrons to lift up boards of the artist, or “Beats,” with a photo on one side and a flip to the other side to reveal details about each artist, poet, writer or thinker during that time period. Beats include Neal Cassady, Helen Adam, William S. Burroughs, Timothy Leary, Anne Waldman, and William Everson, among others.  Many of the issues represented are relevant to many of today's social and political issues.

The pieces highlight women's rights, racism, LGBT issues, and other topics that were widely discussed across the news media and in everyday life between 1940 and 1975, and are still remarkably relevant in 2018. 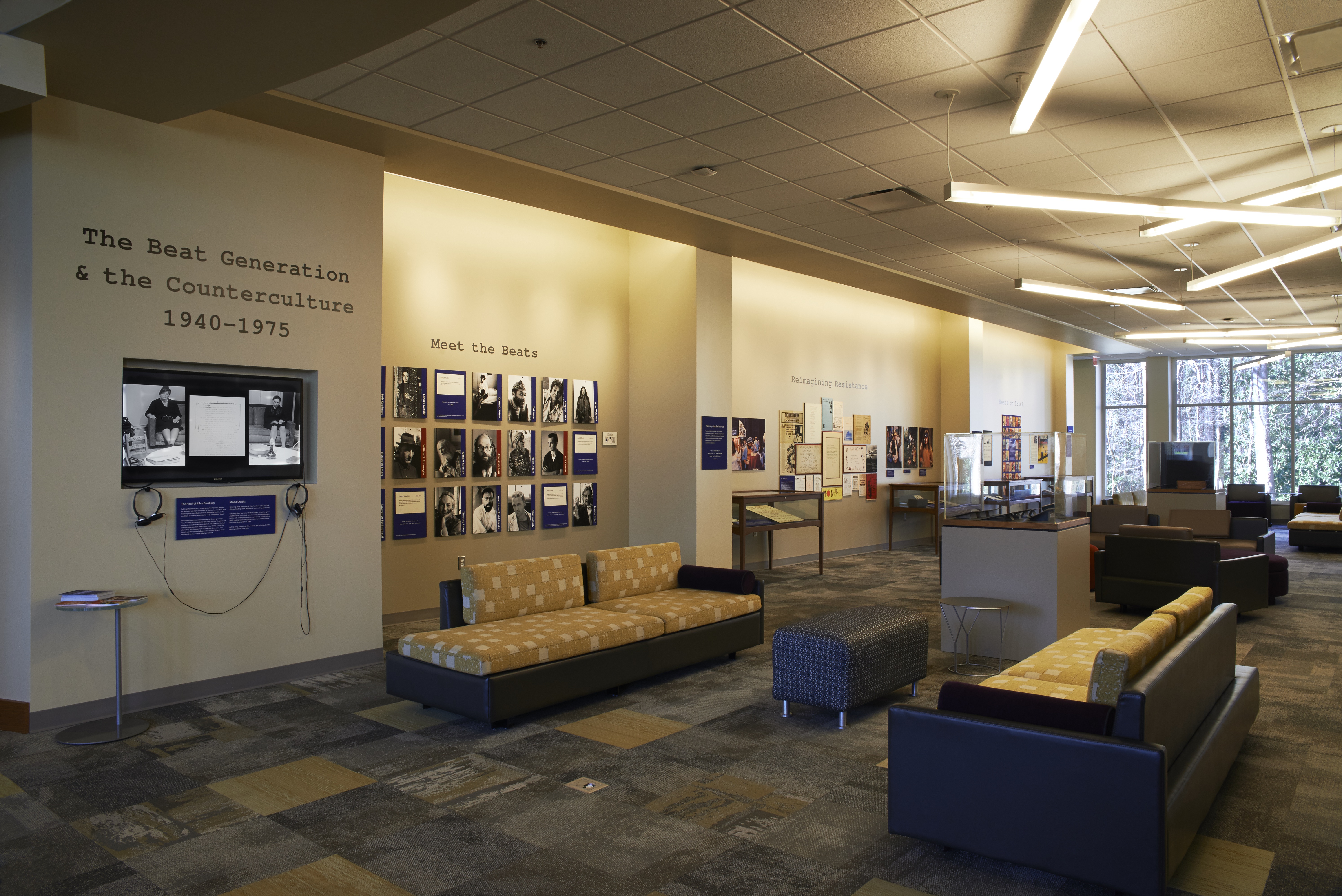 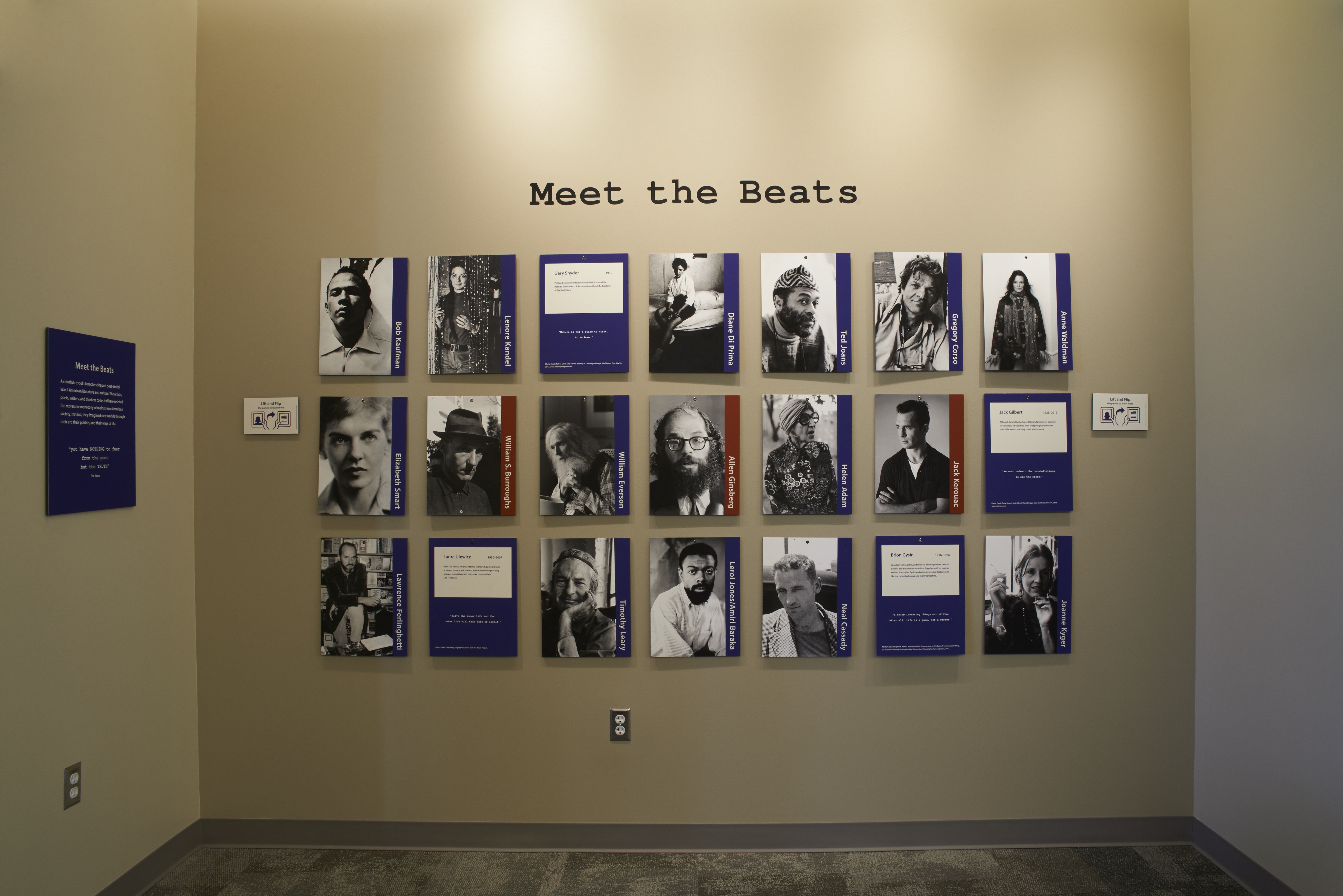 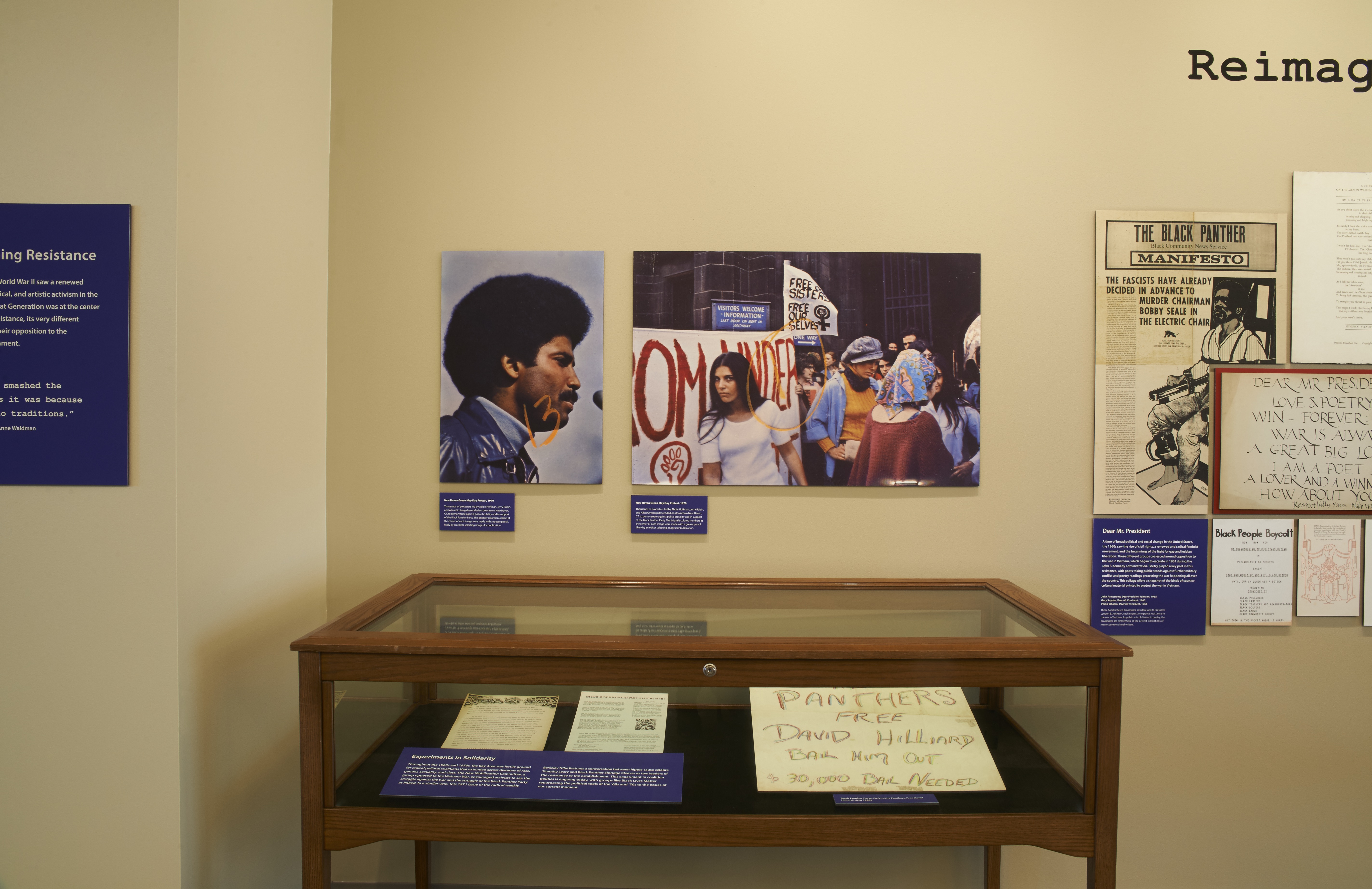 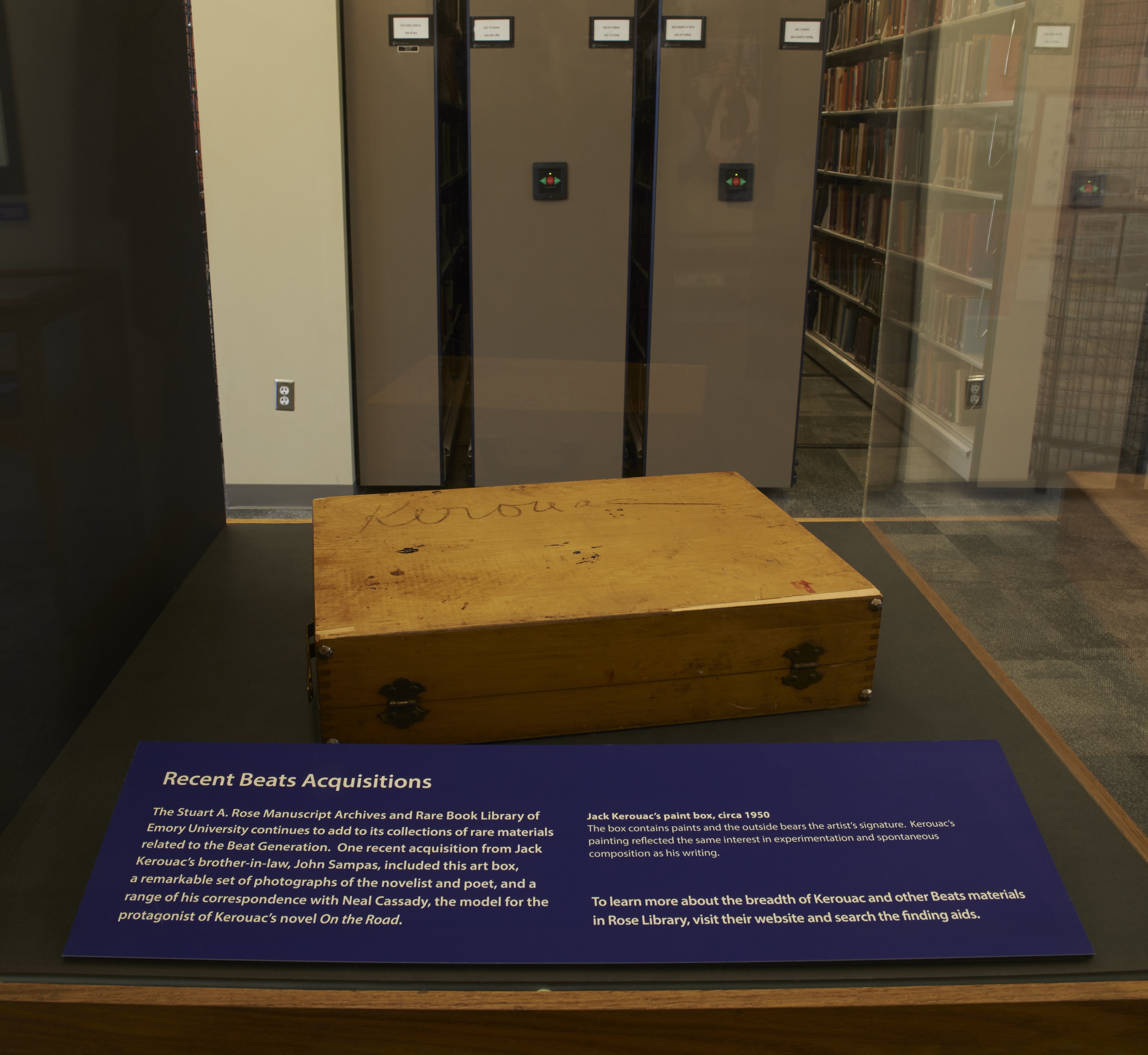