The Health Science Center Library's special collections include classics of medicine such as a 1785 edition of William Buchan’s Domestic Medicine, Richard Bright’s three-volume work Reports of Medical Cases, an 1835 edition of the Works of John Hunter, an 1848 edition of John Eberle’s work on Diseases of Children, volumes from the 3rd edition and 4th edition (corrected) of Benjamin Bell’s A System of Surgery, and the first volume of a 1751 edition of Herman Boerhaave’s Praelectiones academicae in proprias Institutiones rei medicae. The collection also includes 18th and 19th century works on pathology, human anatomy, surgery and midwifery.

Lesser-known authors are also represented in the collection, including works on 19th century medical photography by George Henry Fox and L.B.V. Wooley, and publications on alternative medical practices, including homeopathy, hydropathy, the movement cure, and phrenology. The collection also includes works published in the U.S. South, such as the 1844 edition of Simon B. Abbott’s The Southern botanic physician, and Georgia author Seaborn Freeman Salter’s 1883 version of Principles and practice of American medicine and surgery.

Many thanks to the Digital Curation Center at Woodruff Library for digitizing these materials and uploading them to the Internet Archive.  Particular thanks goes to Bonnie Jean Woolger, who handled the digitization and processing of the digital files and to Matt Miller, at Health Sciences, who assessed and prepared the collection for digitization. 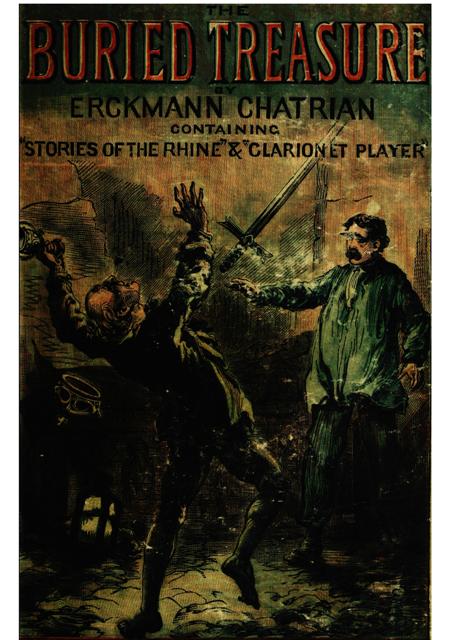 Buried treasure containing "Stories of the Rhine," & "The clarionet player", by Erckmann-Chatrian (London : Ward, Lock & Co, 1879?).  Link to PDF Version (right click and save to desktop)