This guide will help you find visual materials related to South Asia that have been digitized. These materials include paintings, photographs, woodcut prints, lithographs, illuminated manuscripts, posters, postcards, and other popular ephemera. 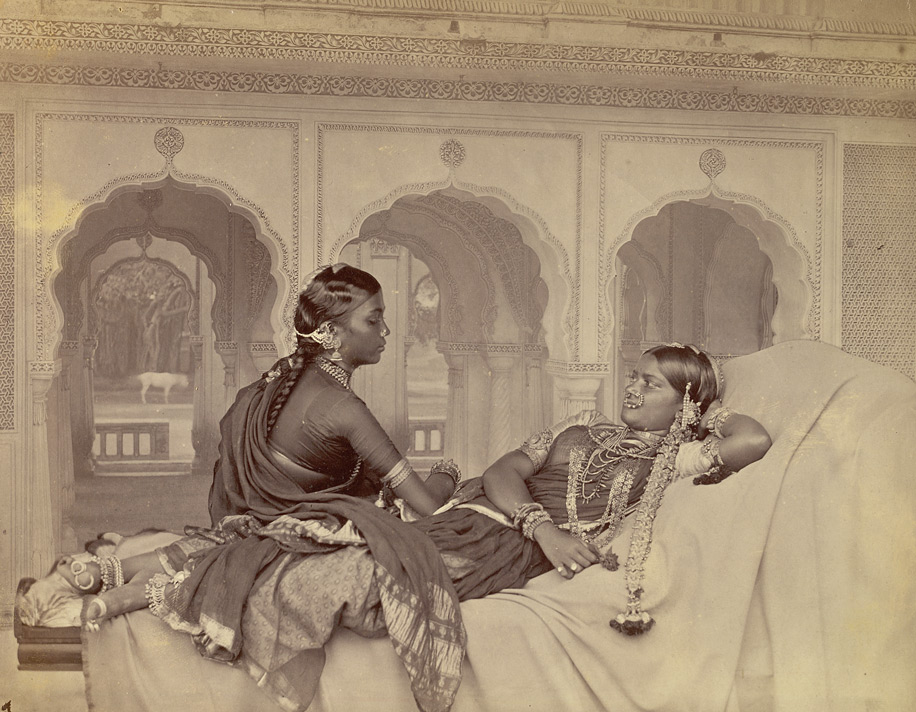 Due to the colonial legacies of the British Empire, the British Library hosts the largest and richest archive of prints, drawings, and photographs from South Asia in the world. This collection includes works produced before the advent of British rule such as Mughal miniature paintings. It also includes sketches, photographs, and other visual material created by British and Indian artists during the colonial period. A sizeable portion of the British Library collection has been digitized and can be viewed online.

1. The British Library catalog is for both physical and digital items. Before searching, ensure that you select the "our website" tab just above the search bar. This will give you results from the digital collection that you can access through the web.

2. Develop your citation from the page entry and not the catalog entry. The information will be clearer.

3. To download images: select "full size printable image" from the menu to the immediate right of the photograph. Then right click and select "save image as." 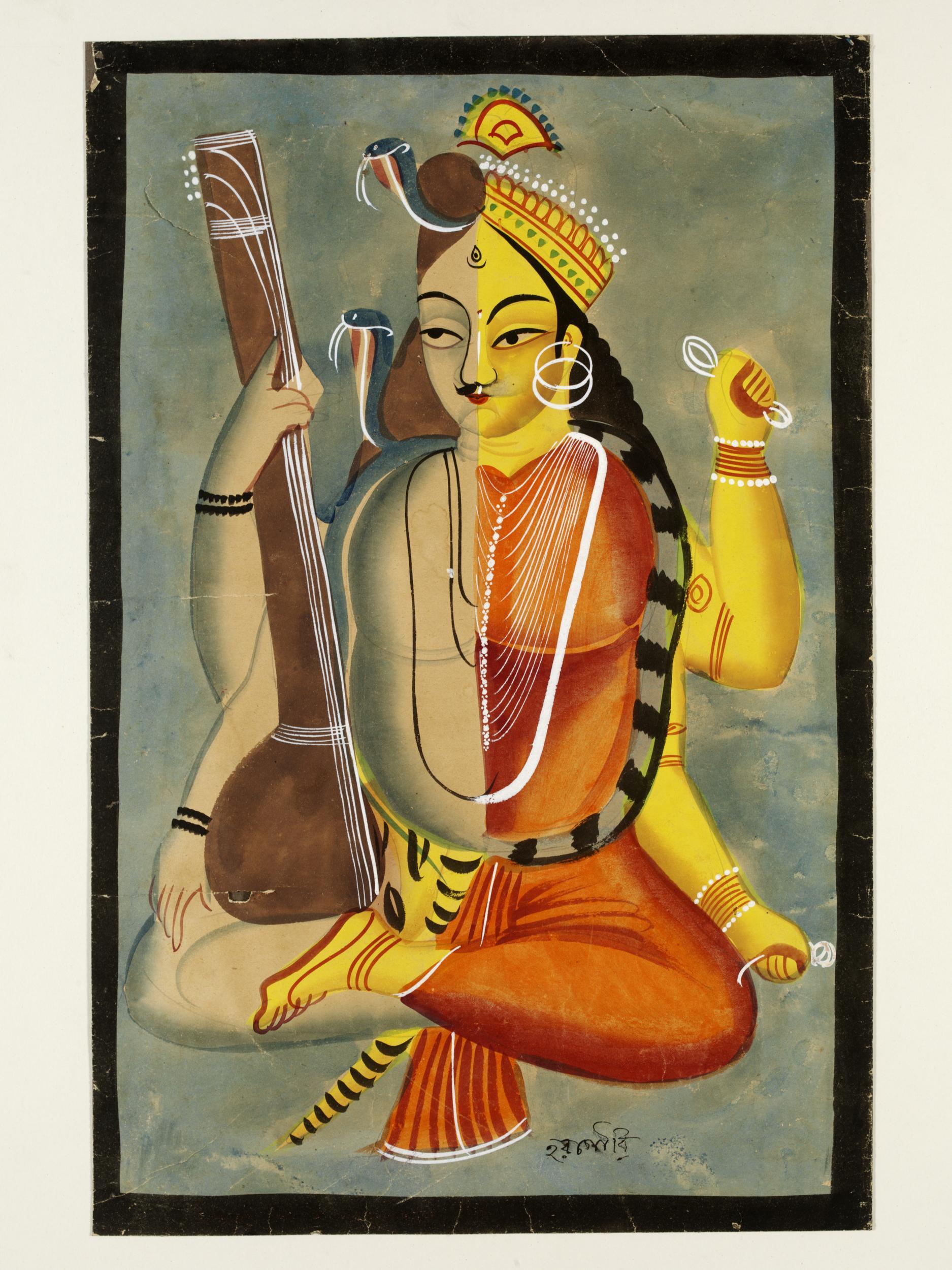 The Victoria and Albert Museum, popularly known as the "V&A" is the world's largest museum of applied and decorative arts and design. It has one of the most important international collections of South Asian art. It is especially known for its holdings in sculpture, textile, and painting from the ancient to the colonial periods. The museum is especially reputed for its collection of Mughal courtly artifacts, many of which were seized during the Indian Rebellion of 1857 by the British East India Company. It is also well known for its broad range of Kalighat paintings, popular Hindu religious paintings from 19th century Bengal. Representative selections of the Victoria and Albert South Asia collection have been digitized and are free to view and download on their site.

1. The V&A Museum catalog is for both physical and digital items. Before searching, ensure that you select "only records with images" to the right of the search bar. This will give you results from the digital collection that you can access through the web.

2. Develop your citation from the page entry and not the catalog entry. The information will be clearer.

3. To download images: select the thumbnail you are interested in from the search results. Then select view details on the right hand corner. Select the image from the entry page and pick "download image" in the right hand corner. A menu entitled "Large image request" will pop up - check all the boxes and then select "private research" from the dropdown menu. This will open up a large high-quality image in a separate tab. Right click and select "save image as..." 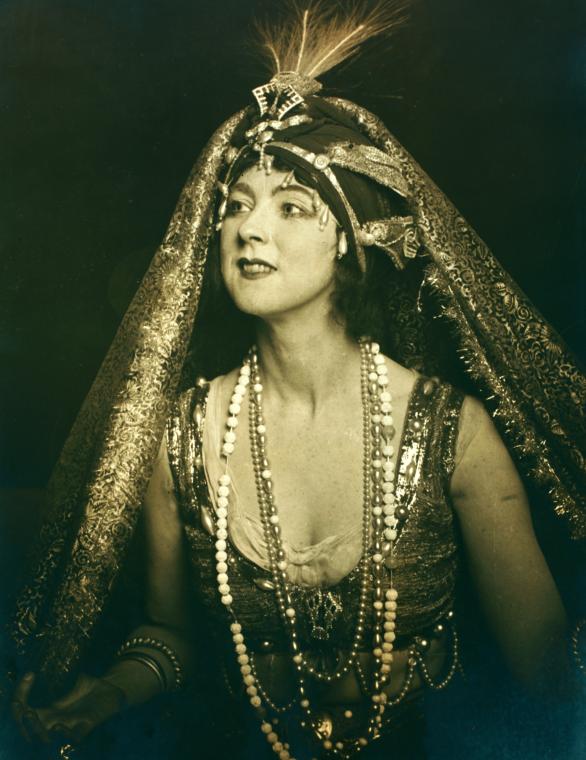 The New York Public Library is the second largest public library after the Library of Congress. It has several unique collections of South Asian prints, photographs and sketches available online. Of particular interest are the orientalist portraits of American dance pioneer Ruth St. Denis, the 8-volume People of India collection of ethnographic photos (1868 - 1875), the photo album India: The Beauties of Lucknow (1874), and 177 nineteenth-century paintings of Indian life on Mica stone. 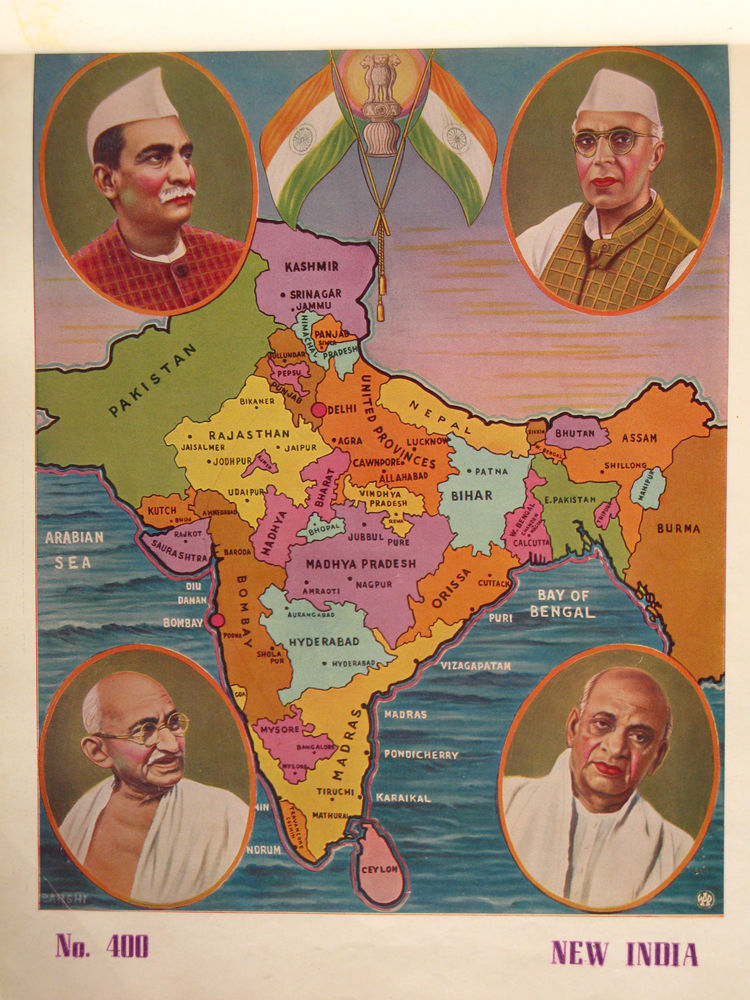 Heidelberg University is historically one of the leading institutions of South Asian Studies research in Europe. Its online platform, heidlCON, hosts a number of digital collections related to South Asia. Of particular importance is the Priya Paul Collection of Popular Indian Art. This includes a range of nineteenth and twentieth century ephemera such as Bollywood film posters, celebrity paraphernalia, calendars, postcards, commercial advertisements, product labels and political propaganda. This was digitized by Tasveer Ghar, a network of scholars interested in modern South Asian visual culture.

1. Although rich in material, heidlCON is not as intuitive to browse as other digital collections. You will have to be creative and persistent in coming up with different search terms.

3. Citation information is found on the right hand bar. Please note, most of these images lack creator or date information. You will easily find title information. This can be included along side the following information: "Priya Paul Collection, HeidelCON, Heidelberg."

3. To download images: In the right hand bar, select the arrow pointing down icon. For the pictures option, you'll most likely want the second 1000px option, it will be larger and higher quality. Leave the remaining options at default and select download. Please note: images from heidlCON are always in PNG format (not JPG/JPEG).

There are a number of other unique items and smaller digitized collections that are relevant for South Asian Studies. This is not a comprehensive list and will be updated from time to time. Below are a few of interest:

A manuscript containing paintings of male and female members of different castes in the vicinity of Madurai, Tamil Nadu.

Features digitized Indian miniature paintings from the estate of Mrs. Adrienne Minassian. The paintings often include text from Persian and Indian tales. Many of the illustrations within the Minassian Collection are depictions of stories from the classical Persian text, Shahnama of Ferdowsi.

The Rubin Museum of Art

The Rubin Museum focuses on works of art of great quality and depth focusing on Buddhism and the Himalayan region, namely the Tibetan plateau. It also collects work from related surrounding regions including Nepal, Bhutan, India, Pakistan, Afghanistan, China and Mongolia. Its digitized collection includes paintings, photographs, and contemporary art.

Photographs of endangered murals and paintings primarily from Temples in Tamil Nadu by art historian Anna Dallapiccola. A few are from Andhra Pradesh and Karnataka. Organized thematically.

The Huntington Archive represents the efforts of forty years of field documentation photography by John and Susan Huntington, professors of Asian Art History at The Ohio State University. The digitized collection includes more than 200,000 photographs of art and architecture from South Asia, Tibet, and Asia more broadly. It contains predominantly Buddhist material, but also includes Hindu, Jain, and Islamic works as well. The most comprehensive collection of its kind, it includes the largest photographic archive of Nepali art and architecture in the world. The photographs are copyrighted to John C. and Susan L. Huntington unless otherwise noted and for educational and research use only.

The New York Metropolitan Museum of Art (The Met)

The Met contains a large open access database of images focusing on its collection of temple arts in South Asia. This encompasses the Hindu, Buddhist, and Jain traditions and spans more than 2000 years of devotional art. Major strengths include the Gandharan art of the northwest (first to fourth century), Gupta North India (third to sixth century), the greater Kashmir region (sixth to tenth century), Pala-era eastern India (eighth to thirteenth century), and Chola South India (ninth to thirteenth century). The Buddhist art of Sri Lanka in rock crystal, bronze, and ivory (third to nineteenth century) is of exceptional quality. Miniature paintings, from twelfth-century illustrated Buddhist manuscripts to later court paintings of north India, Rajasthan, and the Pahari regions of the Punjab hills (sixteenth to early nineteenth century), are another strength, along with textiles and selected applied arts. Go to "open access" artworks and filter by geographic region.

Virtual Museum of Images and Sounds

A virtual museum created by using the resources of two image and sound archives of the American Institute of Indian Studies Center for Art and Archaeology (CAA) and the Archives and Research Centre for Ethnomusicology (ARCE). It has a vast repository of downloadable photographs focusing on South Asian architecture, from ancient monuments to colonial-era homes.

The Wellcome Collection has created a large open access repository of artworks and photographs related to South Asia. Most of the works were acquired between 1890 and 1936 by Sir Henry Wellcome and his agents. The images reflect Wellcome’s collecting interests and were intended to form a documentary resource that reflects the cultural and historical contexts of health and medicine. Make sure to search "images only."