Suggestions and lists of fiction/nonfiction books to read for fun. 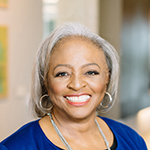 Carol Anderson is Charles Howard Candler Professor of African American Studies at Emory University. Professor Anderson’s current research and teaching focus on public policy; particularly the ways that domestic and international policies intersect through the issues of race, justice and equality in the United States. From Faculty Profile Page

Recent Additions to the Collection