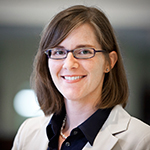 Lori Jahnke
Email Me
All meetings are virtual and by appointment during spring semester 2021.
Subjects:Anthropology

Textbooks and Other Resources

Abstract: "This comprehensive anthology presents 40 readings that are critical to an understanding of anthropological theory and the development of anthropology as an academic discipline. The readings have broad anthropological appeal, emphasizing social and cultural anthropology. The third edition has been completely revised throughout and organized to work more closely alongside the companion overview text, A History of Anthropological Theory. It includes six new readings as well as two original essays written by contemporary anthropologists on "Why Theory Matters." These new essays help ground the more abstract readings in the collection. The glossary has been significantly expanded and the discussion questions have been revised. The result is a volume that offers not only a strong foundation in the history of the discipline but also a good overview of developments in twentieth- and twenty-first-century anthropological theory, including feminist anthropology, postmodernity, medical anthropology, globalization, postcolonialism, and public anthropology. --BOOK JACKET.

Abstract: This book makes a bold statement about the nature and value of anthropological theory at the beginning of the twenty-first century. It repositions anthropology within current social theory and outlines the changing context in which anthropological enquiry takes place. Anthropology is no longer confined to academic debate and is increasingly part of the practice and theory of development agencies, voluntary organizations, political pressure groups international organizations and governments. Anthropological theory has become less and less isolated from the communities studied. Communities are increasingly culturally diverse, and 'other cultures' are no longer in 'other parts' of the world. The essays in this volume develop new ways of theorizing appropriate to these changed circumstances. --BOOK JACKET.

Abstract: The 57 articles collected in Anthropology in Theory: Issues in Epistemology, together with the editors' introduction, provide the most comprehensive selection of readings and incisive overview available of anthropological theory and epistemology over the past century. Anthropology in Theory identifies crucial conceptual signposts for the continued resurgence of the discipline and new theoretical directions. Moreover, it demonstrates both the vitality and value of anthropological theorizing within the discipline, as well as how such anthropological projects are fundamentally reconfiguring broader debates in the social sciences: debates about society and culture; structure and agency; identities and technologies; subjectivities and translocality; meta-theory, ontology and epistemology; language and meaning; subjectivity and objectivity; and localities and globalities. --Jacket.

Abstract: This new edition of Jerry D. Moore's Visions of Culture presents anthropology students with a brief, readable, and balanced treatment of theoretical developments in the field. The key ideas of major theorists, with Marshall Sahlins as a new addition, are briefly described and-unique to this textbook-linked to the biographical and fieldwork experiences that helped shape their theories. The impact of each scholar on contemporary anthropology is presented, along with numerous examples, quotes from the theorists' writings, and a description of the broader intellectual setting in which these anthropologists worked.

Darwin, Charles. (1936). The origin of species by means of natural selection: or the preservation of favored races in the struggle for life and The descent of man and selection in relation to sex: Modern library.

Abstract: Originally published in 1930, this book seeks to answer ultimate questions. What influences led to the creation of civilization? How did it come to be? What determines its course? In this classic work, Freud addresses the contest between aggression and eros, and speaks to issues of human creativity and fulfillment, the place of beauty in culture, and the effects of repression.

Abstract: A study of the civilizations of the Zuni Indians, the natives of Dobu, and the Kwakiutl Indians.

Abstract: Many famous antique texts are misunderstood and many others have been completely dismissed, all because the literary style in which they were written is unfamiliar today. So argues Mary Douglas in this controversial study of ring composition, a technique which places the meaning of a text in the middle, framed by a beginning and ending in parallel. To read a ring composition in the modern linear fashion is to misinterpret it, Douglas contends, and today's scholars must reevaluate important antique texts from around the world. Found in the Bible and in writings from as far a field as Egypt, China, Indonesia, Greece, and Russia, ring composition is too widespread to have come from a single source. Does it perhaps derive from the way the brain works? What is its function in social contexts? The author examines ring composition, its principles and functions, in a cross-cultural way. She focuses on ring composition in Homer's "Iliad", the Bible's book of "Numbers", and, for a challenging modern example, Laurence Sterne's "Tristram Shandy", developing a persuasive argument for reconstruing famous books and rereading neglected ones.

Douglas, Mary, & Wildavsky, Aaron B. (1982). Risk and culture: an essay on the selection of technical and environmental dangers. Berkeley: University of California Press. ISBN: 0520044916.

Abstract: Reassembling the Social is a fundamental challenge from one of the world's leading social theorists to how we understand society and the 'social'. Bruno Latour's contention is that the word 'social' as used by Social Scientists has become laden with assumptions to the point where it has become a misnomer. When the adjective is applied to a phenomenon, it is used to indicate a stabilized state of affairs, a bundle of ties that in due course may be used to account for another phenomenon. Latour also finds the word used as if it described a type of material, in a comparable way to an adjective such as 'wooden' or 'steely'. Rather than simply indicating what is already assembled together, it is now used in a way that makes assumptions about the nature of what is assembled. It has become a word that designates two distinct things: a process of assembling: and a type of material, distinct from others. Latour shows why 'the social' cannot be thought of as a kind of material or domain, and disputes attempts to provide a 'social explanation' of other states of affairs. While these attempts have been productive (and probably necessary) in the past, the very success of the social sciences mean that they are largely no longer so. At the present stage it is no longer possible to inspect the precise constituents entering the social domain. Latour returns to the original meaning of 'the social' to redefine the notion and allow it to trace connections again. It will then be possible to resume the traditional goal of the social sciences, but using more refined tools. Drawing on his extensive work examining the 'assemblages' of nature, Latour finds it necessary to scrutinize thoroughly the exact content of what is assembled under the umbrella of Society. This approach, a 'sociology of associations' has become known as Actor-Network-Theory, and this book is an essential introduction both for those seeking to understand Actor-Network-Theory, or the ideas of one of its most influential proponents.

Abstract: This article begins by interrogating the problem of the global and the local in anthropology, and asks how their interconnections might be theorized. When anthropologists call for an examination of the global in concrete terms, they often fail to appreciate the place of ‘concept-metaphors’ whose purpose is to maintain ambiguity and a productive tension between universal claims and specific historical contexts. ‘The global’ is just such a concept-metaphor, a space of theoretical abstraction and processes, experiences and connections in the world, important not only to social scientists but now part of most people’s imagined and experienced worlds. In this article, I examine pre-theoretical commitments common in anthropology that emphasize ‘the local’ via participant-observation, which becomes elided with ethnography. I suggest that anthropology begin to ‘methodologize’ the relation between the global and the local by reviewing several approaches to these problems.

Abstract: In this new book, Henrietta Moore draws on anthropology, feminism and psychoanalysis to develop an original theory of gender and of how we become sexed beings. --BOOK JACKET.

Abstract: What are the problems of rural food supply in southern Africa today, and how have they arisen historically? This major study of household production, gender, and nutrition traces detailed changes in the agricultural system of Zambia's Northern Province over a period of one hundred years. The authors combine historical, anthropological, and developmental approaches to the study of a rural society undergoing rapid change, and provide a critical reassessment of Audrey Richards' classic work, Land, Labour and Diet: An Economic Study of the Bemba Tribe. The authors assess the ecological, social, and political changes affecting the region, and provide one of the first studies to integrate contemporary development initiatives with long-run interventions. Drawing on their extensive research experience in Africa, Henrietta L. Moore and Megan Vaughan have produced a detailed examination of the changing nature of gender relations and household production. They also draw on recent theoretical developments in anthropology and cultural history to explore the construction of colonial and postcolonial identities in the region. Cutting Down Trees is about local responses to global processes of change. It will be of special interest to anthropologists, historians, and social scientists, as well as those in the fields of development studies, economics, and environmental management.