Resources for the Practicing Attorney 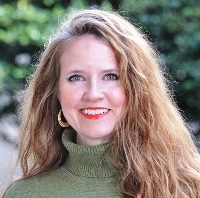 What are Court Rules?

Attorneys should not only be concerned about cases and statutes, they also have to be aware of and comply with court rules.  All courts have rules which govern the cases that are brought and heard before it.  Every type of case is subject to these rules.  These rules are primarily procedural in nature and they can be very specific.  For example, some courts even require certain margins on documents filed with them and will reject any filings that do not comply.

There are three main types of rules to remember.

There are 4 main sets of federal rules U.S. attorneys should be aware of:

You can find these rules by accessing the United States Code.  Title 28 of the USC deals with Judiciary and Judicial Procedure and Title 18 has the Federal Rules of Criminal Procedure in its appendix.   These rules can be found in all versions of the code (USC, USCA and USCS), but the USCS also has separate Federal rules volumes.

The Federal Rules can be found on both Lexis and Westlaw, but they can also be found freely availble online, including:

Besides the rules themselves, there are resources which can also help you with your questions on Federal Court Rules if you need to delve further in your research.  West compiles and produces a reporter which pulls together all the Federal Court opinions interpreting the Federal Rules.  The reporter is called the Federal Rules Decisions and it is available both in print and on Westlaw.

You can find Georgia Court Rules on the Georgia Administrative Office of the Courts website.  They can also be found for all states on LLRX.com.   There are also helpful titles available both in print and on Lexis and Westlaw.  Lexis produces Georgia Rules of Court Annotated, while Westlaw publishes Georgia Court Rules and Procedure which has checklists, tips, forms and pleadings.

Local rules are important too.  The term local court rules refers to the rules of the particular court that your case is in front of.   When you need to see local rules, go the website of the court you are in front of and in almost all cases you can find them there. The website for the Northern District of Georgia is an example of what most Court websites will have.  There is also a seven volume title called Federal Local Court Rules, which is published by West and arranged by jurisdiction, and available via Westlaw.