"Full documentation from a selection of 500 film titles in the Motion Picture Association of America Production Code Administration records. Will Hays, as president of the Motion Picture Producers and Distributors of America (MPPDA) in 1930, introduced the Production Code, a document designed to help the industry regulate itself by following certain moral principles and guidelines. Hays chose Joseph Breen to oversee the administration of the Code in 1934. Under Breen, the studios were required to submit all screenplays for approval and all films released by MPPDA member companies were required to display a Code seal. In 1946, the organization changed its name to the Motion Picture Association of America (MPAA) and Hays was succeeded by Eric Johnston. The Production Code remained in force until 1968, when it was superseded by the MPAA ratings system, which is still in use today."

This new selection complements 500 files that were released earlier on microfilm and recently made available online under the title Hollywood, Censorship, and the Motion Picture Production Code, 1927-1968.

Online version of the microfilm collection History of the Cinema. Series 1: Hollywood and the Production Code Administration (MICFILM 4482, plus printed guide). Selected files from the Motion Picture Association of America Production Code Administration, filmed from the holdings of the Magaret Herrick Library, Academy of Motion Picture Arts and Sciences. The set contains files on 500 films dating from 1927 to 1968, including some significant foreign film releases.

To view a chronological list of films in the collection, click on the link "View All Documents."

Titles available in the database include:

The Media History Digital Library is an open-access collection of digitized media industry trade papers and fan magazines. In addition to high quality image scans of individual issues, it includes full-text searching. Many of these periodicals are not fully indexed or searchable elsewhere. Publications reproduced include:

This excellent online resource for American feature films (1893-1973) gives production information, date of release and date of copyright, length in reels and minutes, director and production staff, source (if based on short story, novel, play), a full cast list (including many uncredited roles)and a plot summary. Contains more detailed and accurate information than commercial websites such as imdb.com and allmovie.com.

Entries often include notes and review sources from cinema and trade journals not indexed anywhere else, making this a useful starting point for more advanced research. Also in print as: Reference PN1998 .A57 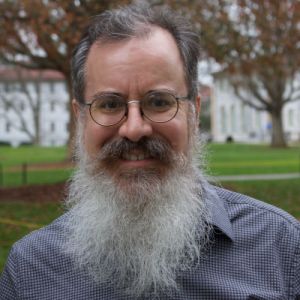